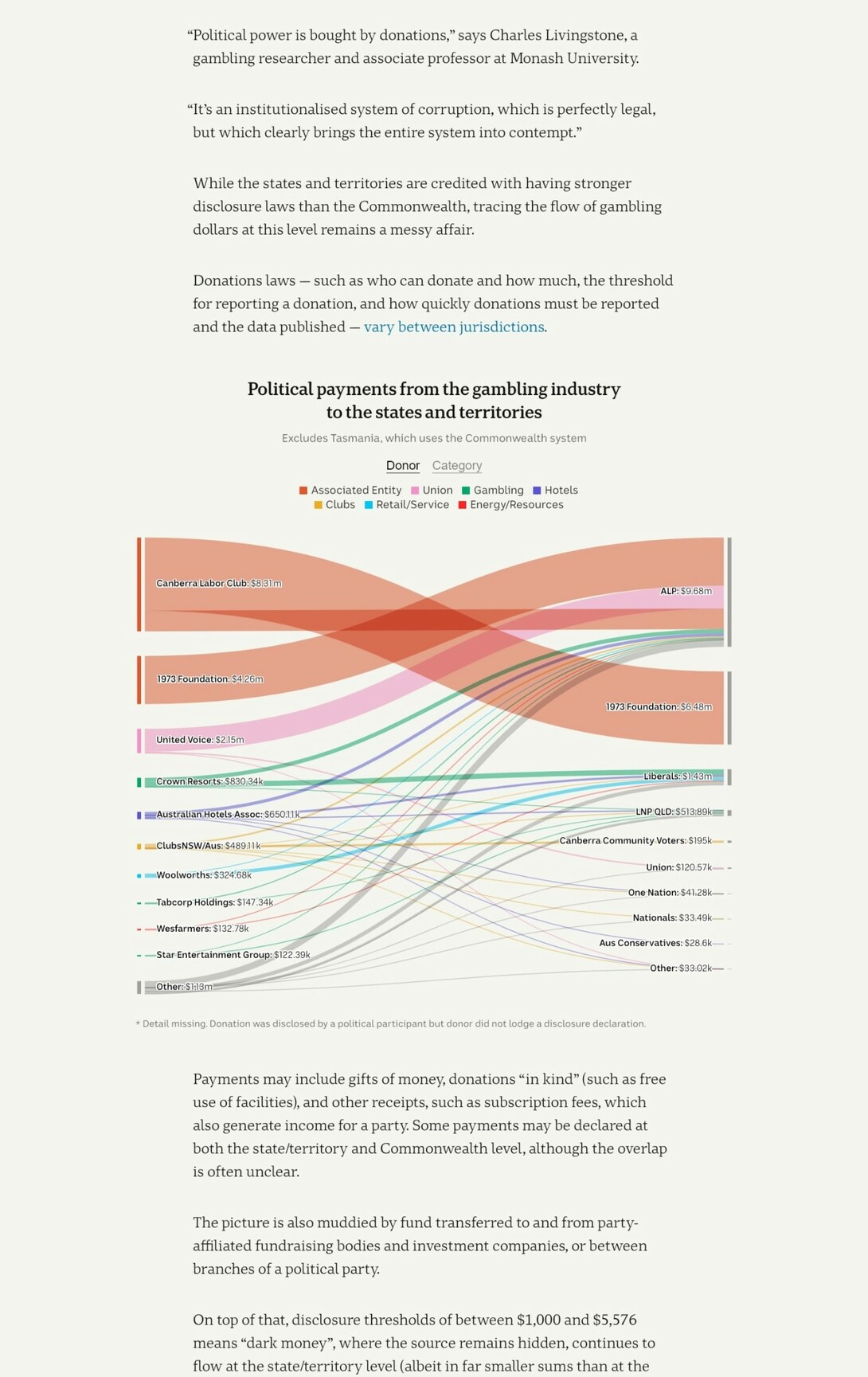 Betting on a winner by Australian Broadcasting Corporation

This is the third part of a three-part series investigating the flow of money from the gambling industry into Australia’s political system. It combined sophisticated data mining techniques with meticulous research and shoe-leather reporting to expose the extent of that unhealthy relationship.

Unlike most countries, Australia’s gambling industry extends far beyond lotteries and casinos. This is one of the reasons the industry’s political influence is so difficult to quantify. Our project adopted a new approach to this problem, expanding on previous analyses to trace political payments from more than 370 gambling-related businesses and individuals over 22 years.

This exclusive series provided clear evidence of the monetary ties between the gambling industry and Australia’s political parties at a time of intense public scrutiny of the gambling sector’s links to money laundering and organised crime. It renewed calls for greater transparency and accountability of Australia’s federal political donations laws and gave impetus to the introduction of two separate bills for political donations reform at the federal level.

At the heart of the project is our gambling payments database, which brings together, for the first time, the political donations registers for every state and territory.

Our “master dataset” combined and then expanded on datasets used in previous research. We uncovered dozens of new gambling entities by undertaking forensic examination of company records, annual reports, media archives, financial statements, etc. and consulting extensively with researchers, gambling reform groups, and other experts. Many of these individuals and organisations have been excluded from previous analyses because they own or operate gambling ventures alongside other business or political interests.