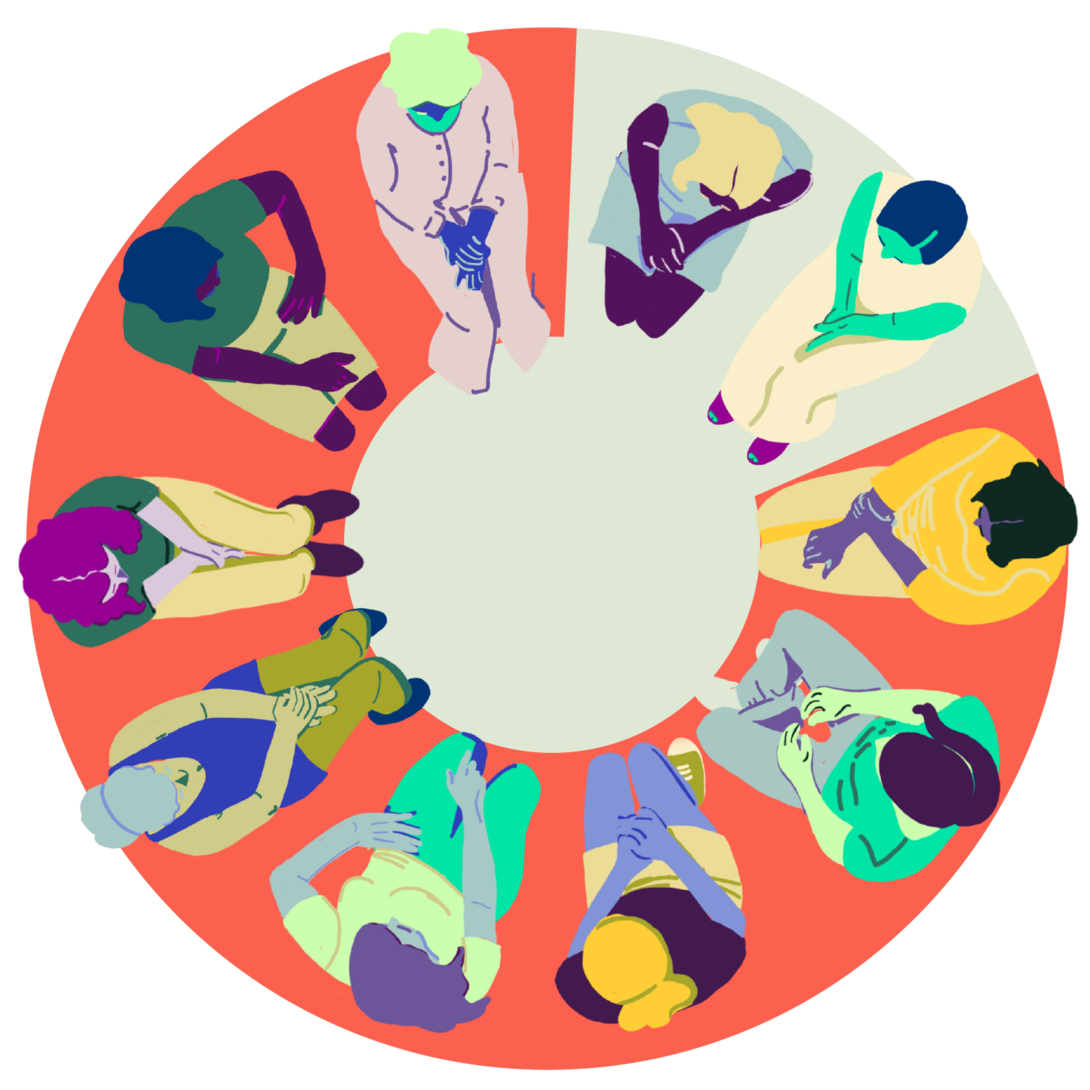 In 2017, a study sponsored by the National Institute on Alcohol Abuse and Alcoholism (NIAAA) found that "alcohol use disorder" (AUD) had increased 83.7% amongst American women between 2002 and 2013. Furthermore, "high risk" or "heavy drinking" had increased by 58% when comparing rates from 2001 to 2002 with rates from 2012 to 2013. The big question was of course "why" but the second largest question (and the most important) was "how do we curb this increase?". Four years after the release of this study, the daily drinking habits of women have tapered off, however binge drinking (the practice of having 4 or more drinks within a 2 hour period) rates continue to increase in the female population.

Through a series of visualizations, Slowly Drowning explores the increase in drinking amongst American women as well as the physical and mental toll drinking causes. The goal of this piece is to provide the viewer with a better understanding of what problematic drinking is, how prolonged alcohol consumption has irreversible and fatal consequences, and what steps could be taken to prevent long-term damage.
For this project, there were three datasets used to outline the statistics around women and alcohol consumption: National Health Interview Survey (NHIS); The Behavioral Risk FactorSurveillance System (BRFSS); National Survey on Drug Use and Health (NSDUH). These three were chosen because they were the data source for many of the articles on this subject, each survey has public health institutional oversight, and each data library could give me historic as well as recent statistics.

With data in hand, I needed to pinpoint who I was going to be directing these facts and figures to. My ideal audience is comprised of American women, age 25 to 40 who are at a point of re-evaluation/self discovery, have expendable income they enjoy directing to food and beverage, and have values that include well-being, self improvement, betterment, finding a
work/life balance, and sisterhood. These women have fundamental data literacy; they are familiar with bar, pie, and line charts as well as scatter plots through news and infographic Instagram posts.

I chose an audience of 25-40 years old because there is substantial data showing they are in the age group with the highest rates of binge and heavy drinking as well as with the 2nd highest rates of fatty liver. This piece is not for men, at least not for men lacking connection to their feminine side and are
incapable of empathizing with the social, economic, and domestic struggles of the modern woman. Through visual and written tone, it is made clear that this piece is for women as well as free of judgement. We are discussing an incredibly sensitive issue that is impacting the lives of millions of women, judgement has no home here.

The most precise way to ensure this piece is viewed and absorbed by the intended audience is through the design. From the beginning, I wanted purple to be the main colour of the piece as purple is the official colour of International Women's Day, signifies mobility as well as reflection
and self-awareness. I chose a really vibrant (almost electric) purple so that it could stand out and really grab the viewer's attention. I then chose complementary colours that felt almost
reminiscent of the 1970s, which is when the fad of women self medicating through prescribed psychopharmacological medications and alcohol increased. This palette allowed there to be a softness yet vibrance in the visuals.

I relied heavily on my illustrative background to create many of the elements in the piece. I wanted there to be hand-drawn quality, so that the artist's hand would be visible. This is something that is strong in my printmaking practice and an element I think is lacking in a lot of long-form journalistic data visualization. It was important for this information and topic to be displayed in a more personal, intimate, and organic way in an effort to go against how scientific statistical information is typically portrayed (stark, cold, dark). The discussion of alcohol use disorder is a very sensitive and messy topic, so it was key to find a softer approach that would disarm the viewer, let them feel comfortable, so they don't have the knee jerk reaction to leave during the uncomfortable parts.

The format I felt would best highlight this information and allow me to guide the viewer through the topic was a scrollytelling website. A website is ideal because it can be shared a number of ways – via social media, email, or Airdrop/Bluetooth device sharing. While scrollytelling allows for elements to be revealed and feels like an excavation of information. Distilled down, this piece is a public health message, and the key to public health messaging is that it has to be easily shared and feel accessible.

Between each of these sections are personal stories of women who have become disenchanted with alcohol and live a sober life. Their names have been changed and the illustrations are not of them in order to keep their identities anonymous. It is through the stories of strength and acceptance that many begin to reflect their own relationship to alcohol.

Below the final testimony is a plethora of resources for the now sober curious woman. There are book recommendations, a Spotify playlist of sober-themed podcasts, and links to various
sober-centric communities. The goal isn't to get women to stop drinking but instead take stock of the havoc they are willfully wreaking on their bodies and provide them with the inspiration
and tools to potentially change some of those damaging habits.