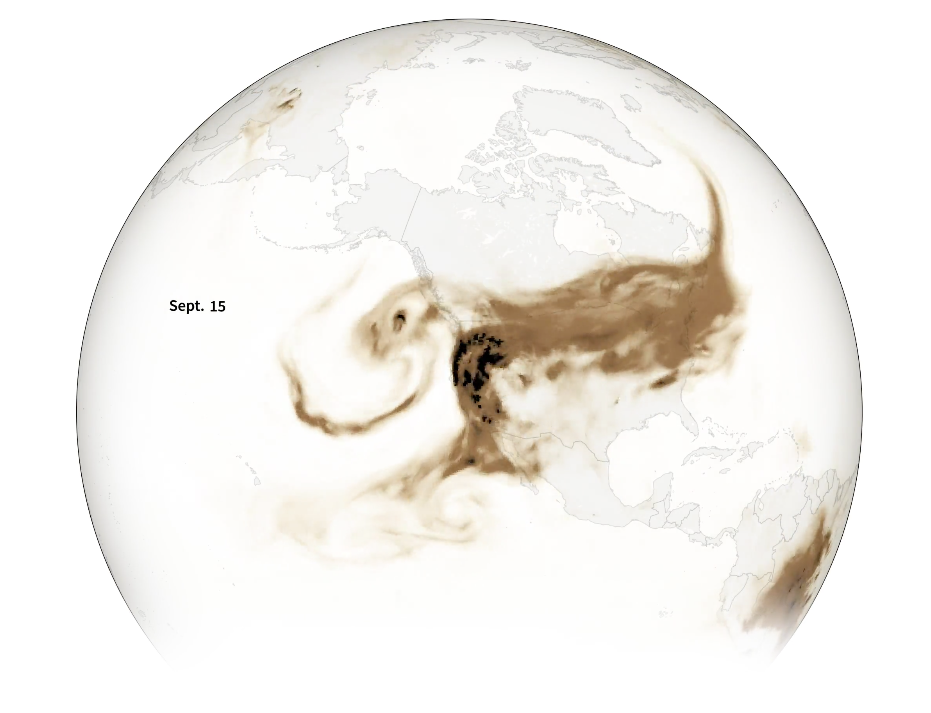 Smoke California wildfires in 2020 covered the entire U.S. West Coast before spreading out over the Pacific Ocean. The smoke also travelled thousands of miles east, turning skies from New York to Washington D.C. hazy and reaching as far as the skies above Britain.

Reuters visualised and animated organic carbon released into the atmosphere during the fires. The smoke contains a substantial portion of fine particulate matter known by the particles’ size as PM2.5, which can have a major impact on people’s health.