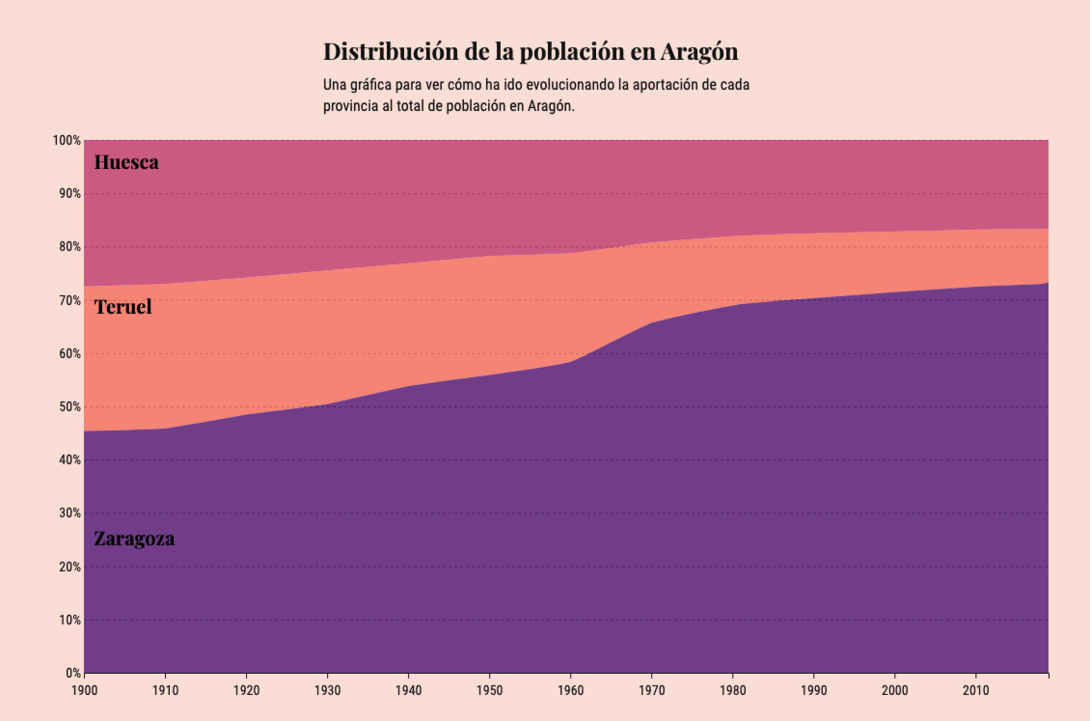 Since the early 20th century Aragon have undergone heavy depopulation. Aragon is divided in 731 municipalities, in 519 the population density is below 10 inhabitants per kilometer, it's consider a demographic desert. In Spain this phoenomenom is called "La España Vacía".