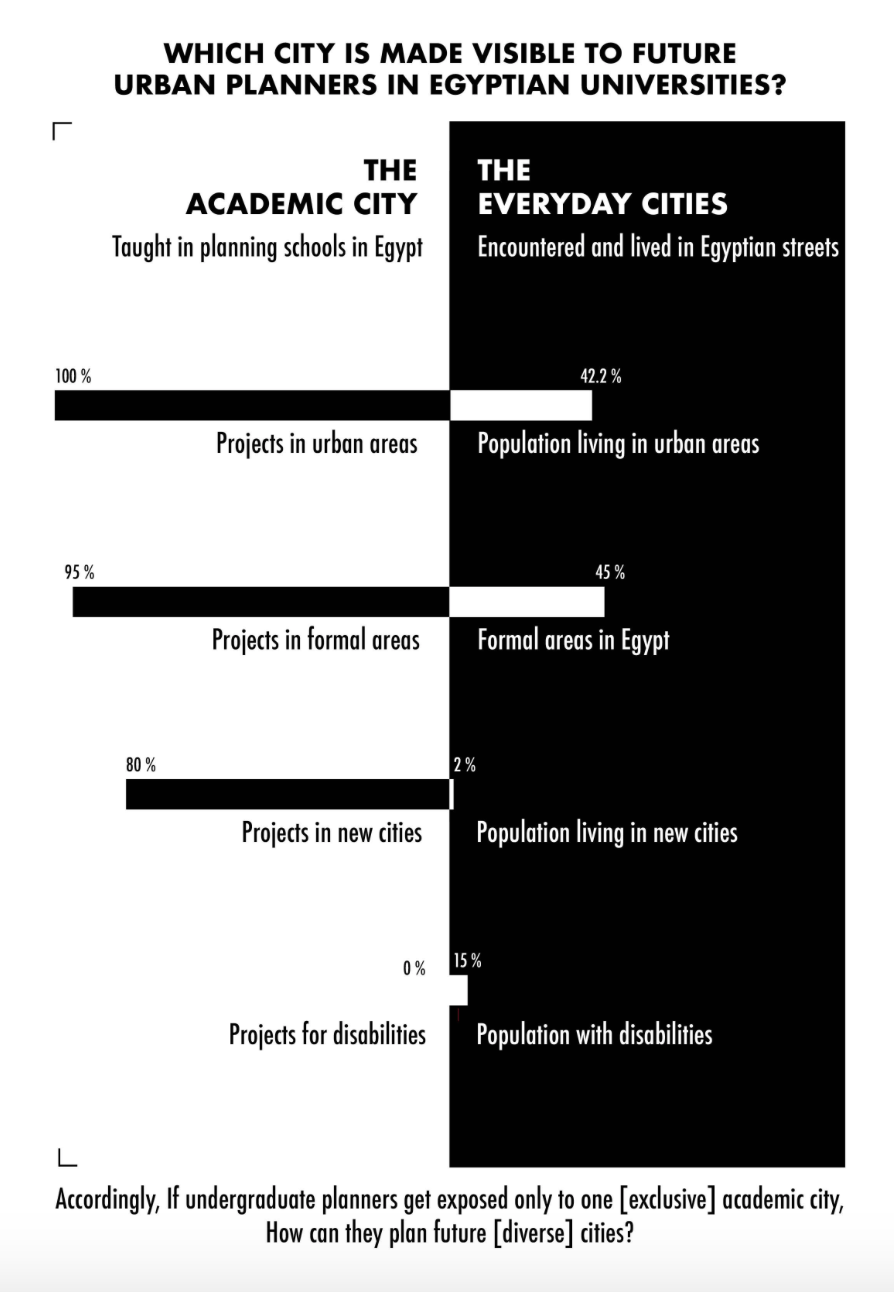 Which City Is Made Visible To Urban Planners In Academia? by Mennatullah Hendawy

How far does imaging the city in planning schools represent contextual urban realities? As a previous student and current practitioner of planning, I noticed two conflicting realities: the city as it is dealt with in Egyptian schools of planning especially at the undergraduate level, and the status quo of urban realities in Egypt. There is the city that is taught and planned in academic design studios in which everything appears formal, neat, and well-designed and there is the other city that is informal, lacks basic services, and some call it chaotic. There is the Academic City, constructed through the teachings in academia and there are the multiple, present lived cities, or what is referred to in this paper as everyday cities.
This research is part of my cumulative PhD about the mediatization of urban planning at TU Berlin. It aims to investigate and ignite discussions about the kind of ‘city’ that planning students are exposed to in the process of becoming planning professionals and the purpose of the employed mediums/media in these processes.

Although this research focuses on the case of planning education and communication in Egypt, by acknowledging that nowadays we live in a time that is characterized by being highly internationalized/globalized and mediatized (see Friedmann, 2005; 2012, Healy, 2012; Healy, 2013; Hepp 2013; McLuhan, et al., 1967; Watson, 2016), the findings of this research can contribute also to global planning discussions. In this sense, this study is not about contextual divisions but rather about global urban development in space, media, and time.