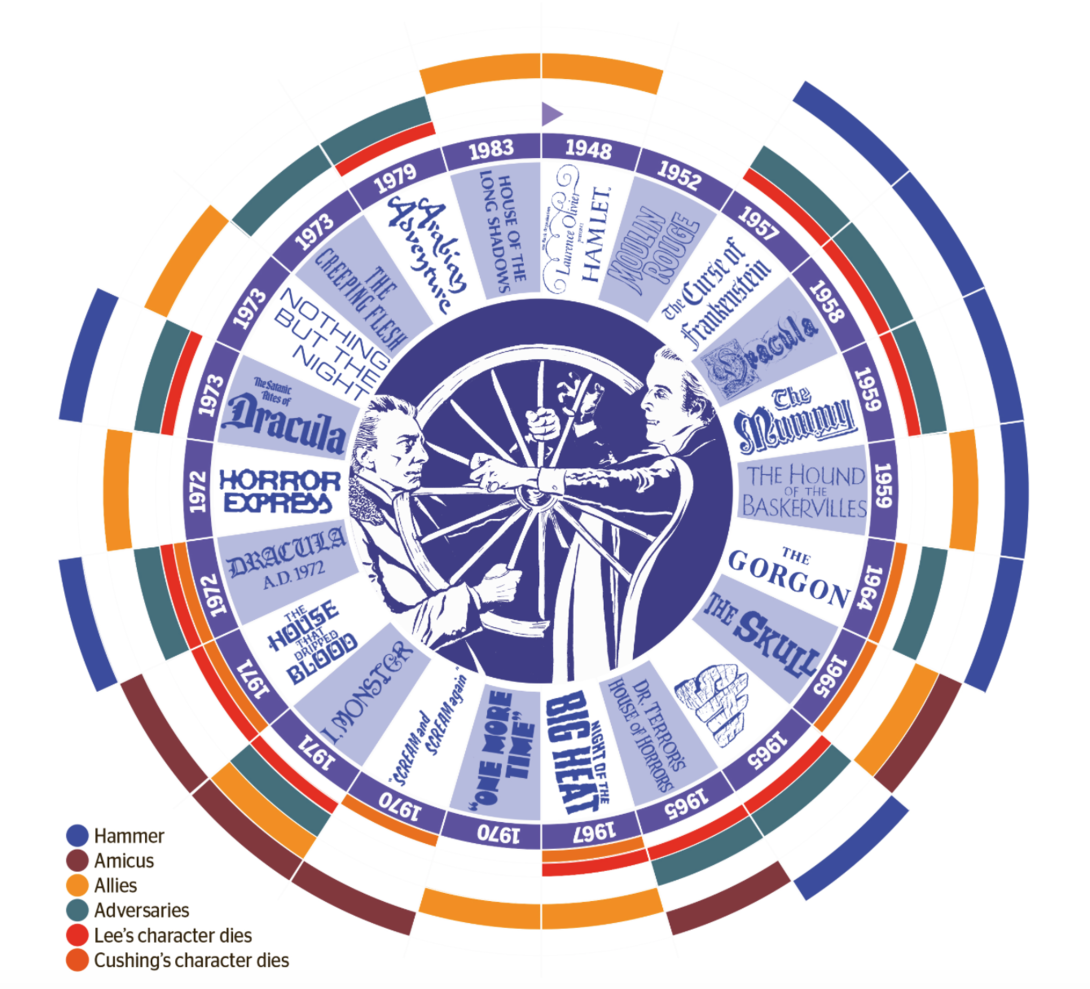 Released by Telos Publications late last year, 'Infogothic: An Unauthorised Graphic Guide to Hammer Horror' is my first book, analysing the horror films from Britain's Hammer Films. Rather than covering already well-trodden ground in the form of written reviews and research, ‘Infogothic’ uses information graphics to explore every aspect of the films from a visual point of view.