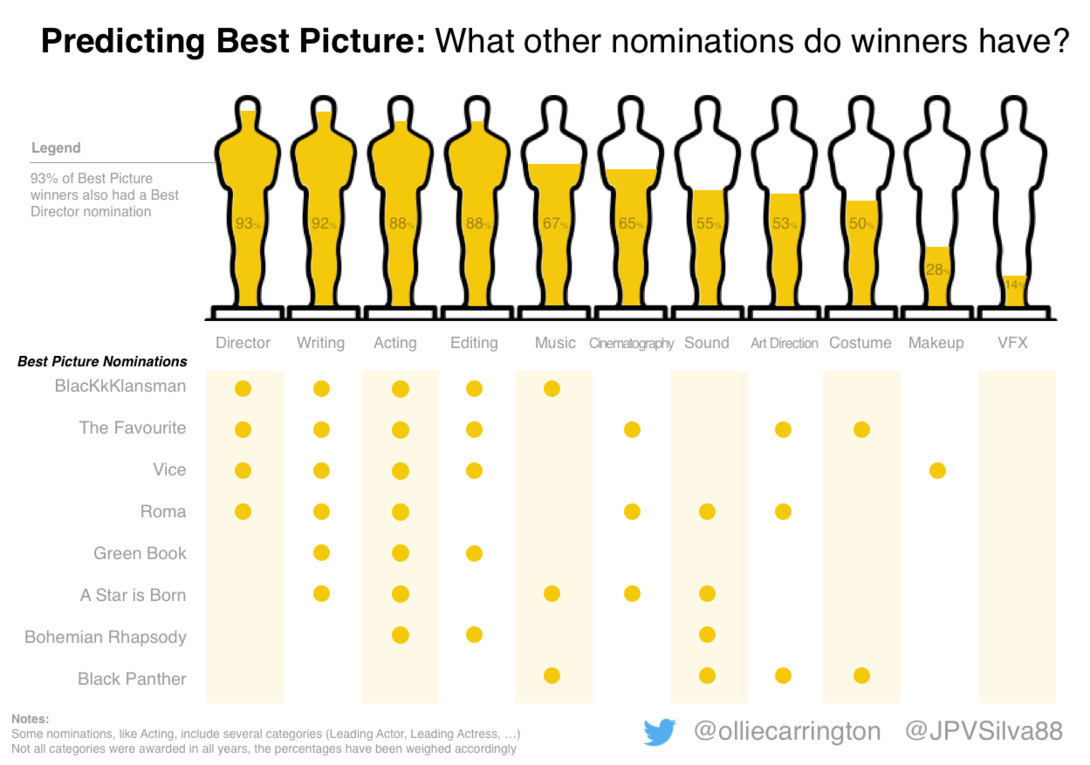 What Nominations Does The Oscar Best Picture Need? by Oliver Carrington & Joao Silva

We looked at the Best Picture winners from the past 90 years and analysed the number of nominations in other Oscar categories that they received in that year (nominations, not necessary wins).

The row of eleven Oscar images are filled to different percentages with the colour gold in our data viz. These show the order of nomination categories that winning Best Pictures receive the most. For example, 93% of Best Picture winners also had a Best Director nomination.

The dots in the bottom half, map 2019’s eight Best Picture hopefuls against the row of Oscar categories above. The data tells us that those with more dots on the left are much more likely to win. Those with the ‘magic’ combination of director, writing, acting and editing have the strongest chances. No movie has EVER won without at least one of these four nominations.

Roma and The Favourite, both with female-led casts, had the most dots, but on the night they didn't win the big prize. The second dataviz goes some way to help explain this, showing that only 8% of movies have won Best Picture with only actress nominations.