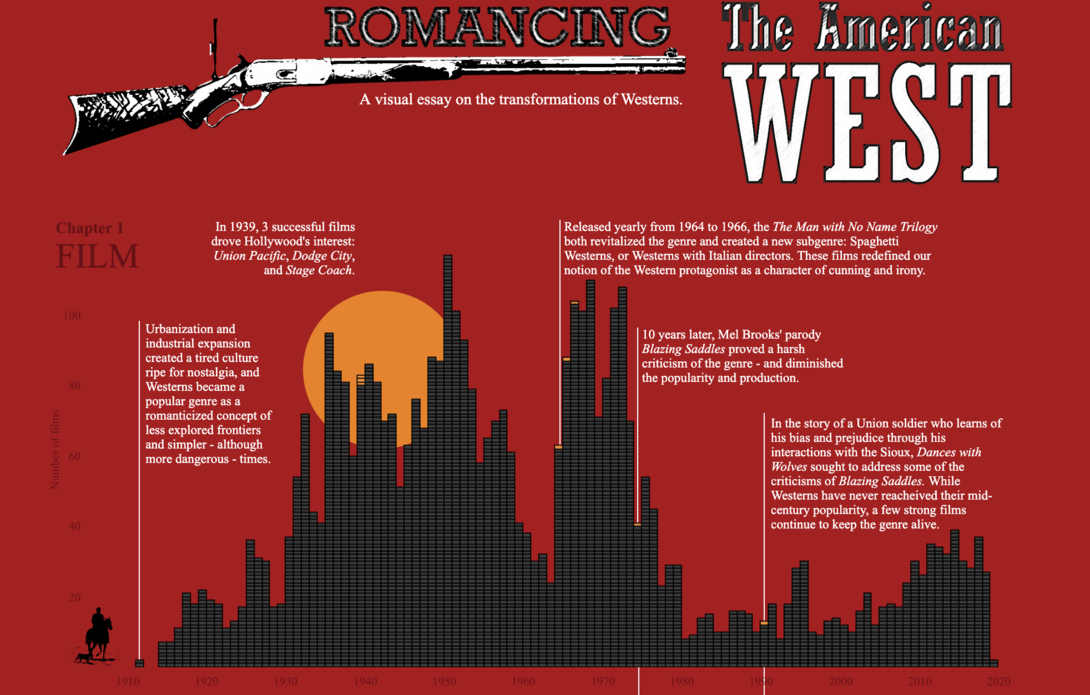 Romancing the American West is designed to survey the Western film and television genre, and to test a hypothesis set forth by Robert McKee is his book, Story. Robert McKee describes a transformation in the Western genre as bigotry was challenged by Mel Brooks Blazing Saddles. This visualization uses IMDB data to look for and explore the “Blazing Saddles effect”, showcasing that Mel Brooks’ film indeed quantitatively impacted the Western film genre. This visualization illustrates the Western genre before and after Blazing Saddles, showcasing a decrease in the number of films produced, decreases in the volume and length of television shows, an exodus from the genre by career Western actors, and a dramatic shift in the way Westerns were categorized into subgenres. In addition, the visualization provides overviews of the landscape of the Western genre as a form of media that allows us to process the balancing and reconciling of cultural nostalgia with cultural progress.