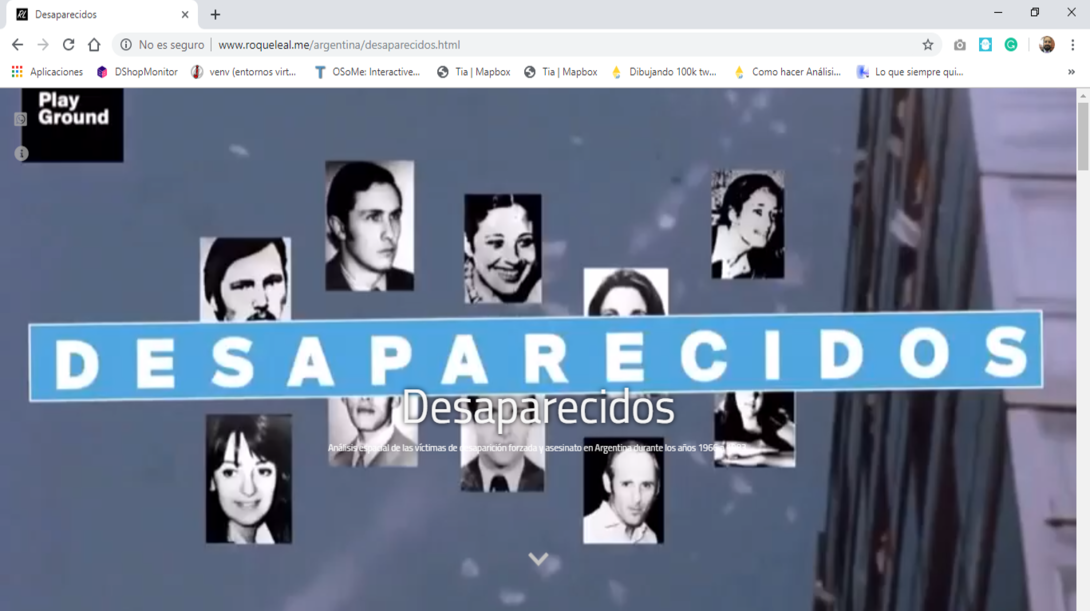 During the civic-military dictatorship of Argentina, political prisoners were held in navy ships and stadiums, in office buildings and police stations. Military bases expropriated houses and resorts: all served as detention and torture centers for more than 30 thousand victims.

This visualization presents us with a spatial model of the facts that are part of the period of repression in Argentina from 1963 to 1983, has as its source the public data of the Unified Registry of Victims of State Terrorism RUVTE, identifying each one of the 762 detention centers and the place of discovery of the 9.537 victims during this period.