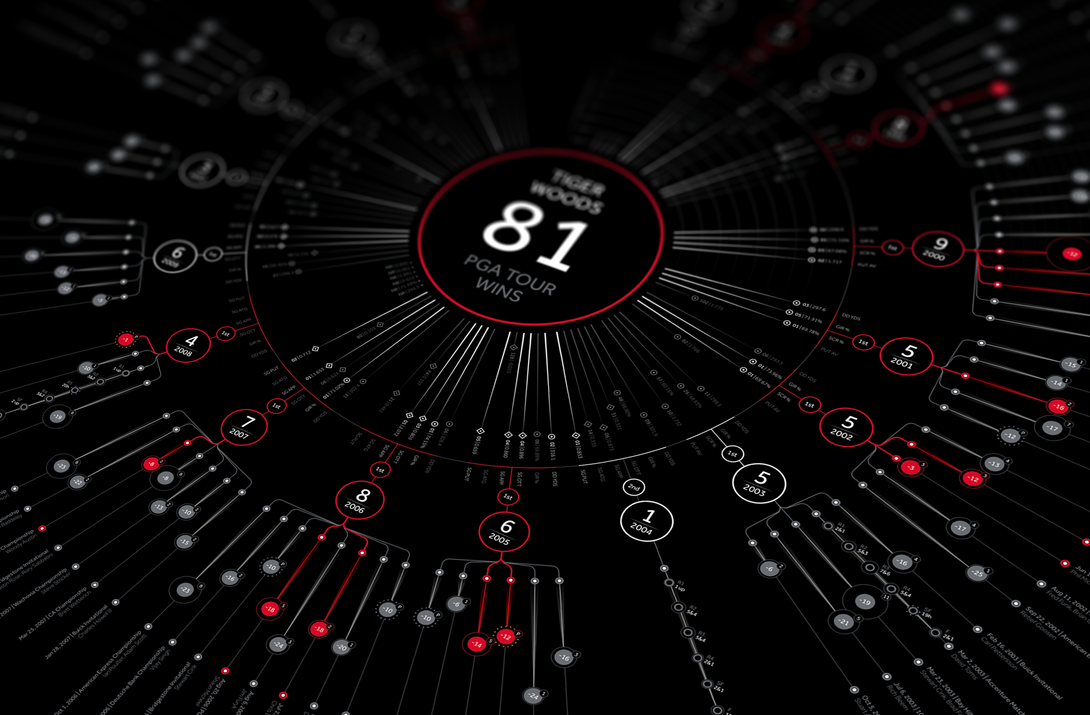 Following his second Masters victory in 2001, Tiger became the first golfer to ever hold all four major championships at the same time, an achievement that became known as ‘The Tiger Slam’.

This poster celebrates the achievements of one of the greatest golfers in the history of the sport, visualising Tiger’s 81 wins so far, alongside his Official World Golf Ranking and correlating performance stats per season.