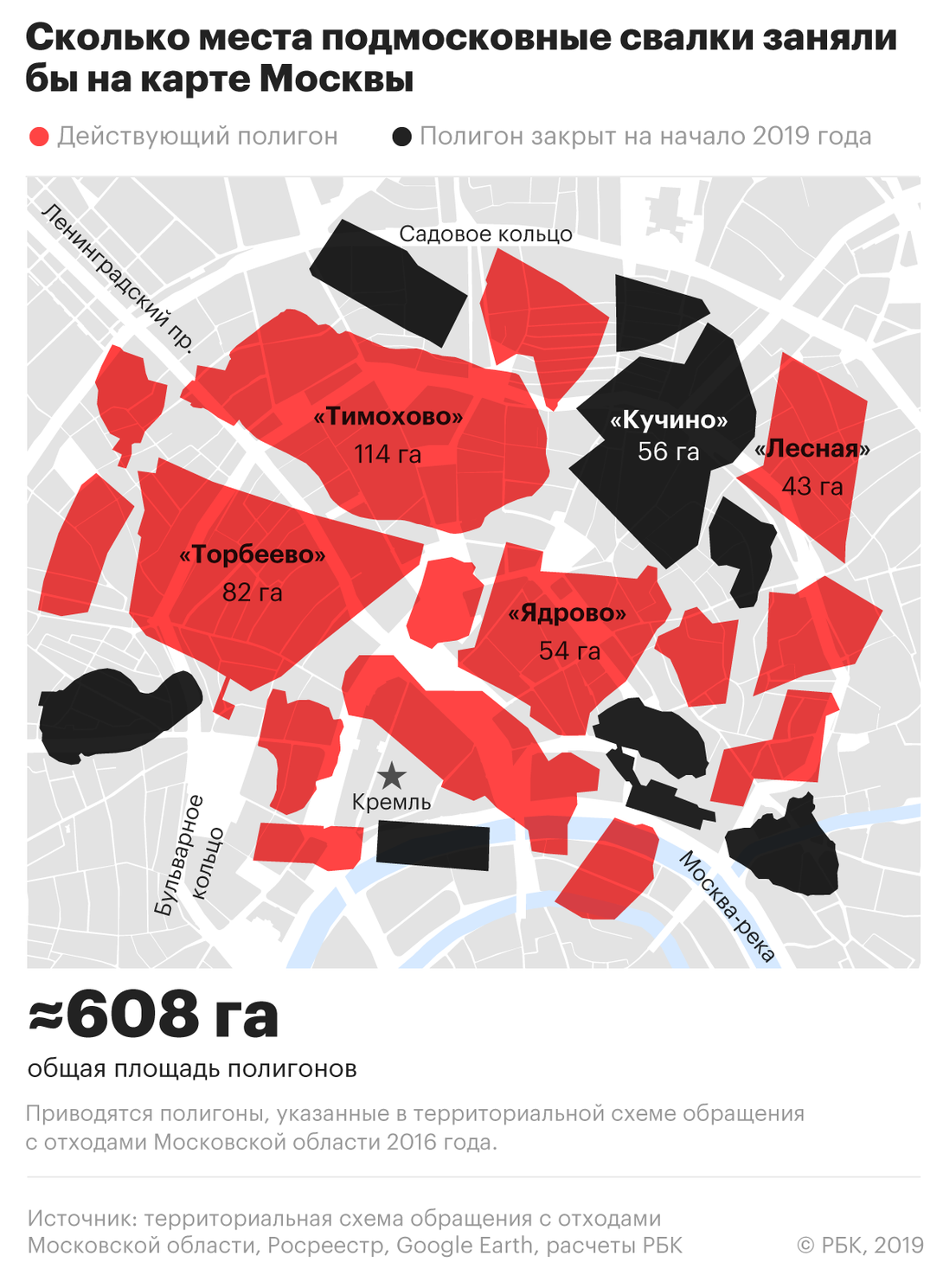 The Scale Of The Damage by RBC

Every year Russia produces 70 million tons of waste, a tenth of which comes from Moscow. Garbage settles in landfills. RBC observed as landfills grew around the capital.

23 landfills around Moscow occupy about 608 hectares. Some of them, according to the plans of the Moscow region authorities, will grow further.

Among the landfills that continue to operate (15 out of 23), one of the largest landfills in the world and the largest operating in Europe, "Timokhovo", occupies almost 114 hectares.

Two landfills have tripled in size in the last ten years, and the territory of the Torbeevo landfill near Lyubertsy has grown six times in 15 years, and it will continue to operate for several more years. "Aleksinsky quarry" has grown by 13 hectares in 15 years — less than twice its size, but in the near future it can increase by another 39 hectares — by which point it will be the third largest in the Moscow region.