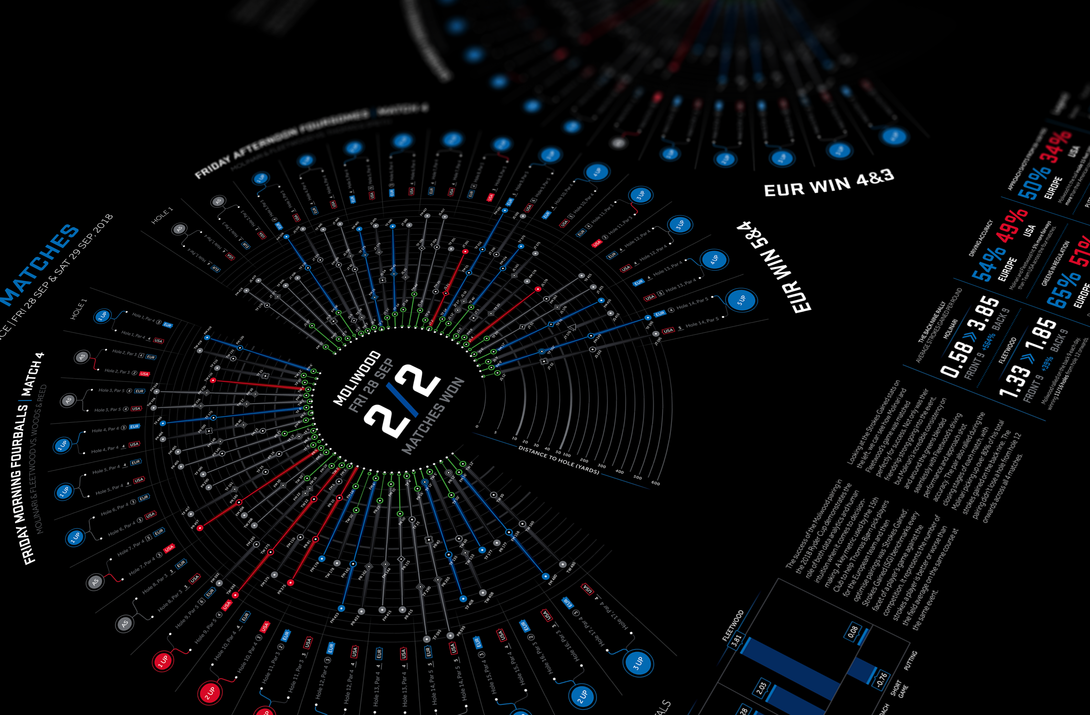 Francesco Molinari and Tommy Fleetwood, or 'Moliwood' as they are now known, became Europe's most successful partnership at a single Ryder Cup with their four victories together at Le Golf National, Paris in September 2018. Moliwood won 4 out of 4 matches as a pairing and earned themselves a place in the record books. This was the first time a European pairing had gone 4-0 on the first two days of the Ryder Cup, and Tommy Fleetwood was also the first rookie to achieve this.

This poster, designed in collaboration with the team at the 15th Club, celebrates the amazing performance by Molinari and Fleetwood and the role data analytics played in the selection of wildcard picks and the optimisation of European pairings. Every golf shot and yardage to the hole is visualised, alongside key stats that explain why the Moliwood pairing was so successful.