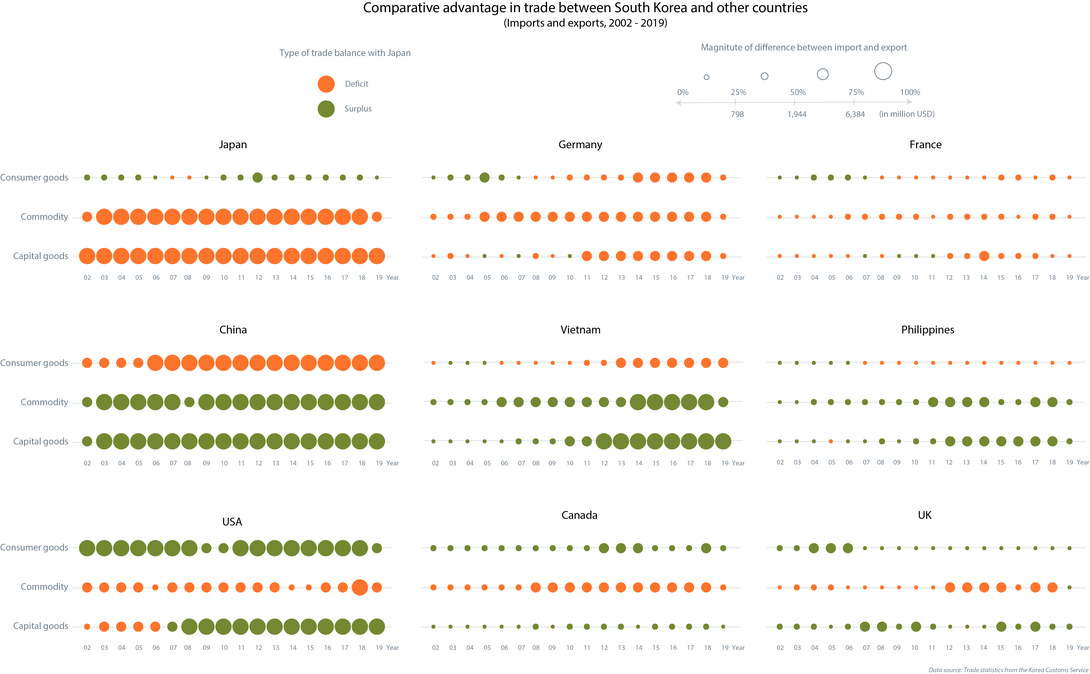 Korea And Japan Trade War: Locked In An Unequal Relationship And How To Overcome it by VisualisingKorea

Our visualisation sheds a new perspective on the ongoing trade war between Japan and Korea. The first chart provides an overview of goods in which Korea recorded trade deficit and surplus consistently over the last 2 decades. The second chart reveals that Japan dominates capital goods trade which gives it a control over the Korean economy. This is the reverse of Korea’s trade balance with less developed countries (China, Vietnam, Philippines). Importantly, the chart shows that the only countries which have comparative advantage in capital goods over Korea are the so called Coordinated Market Economies (exemplified by Germany and France). This has profound learning implication for Korea as explained in the article in terms of building a more equal relationship with its neighbour.