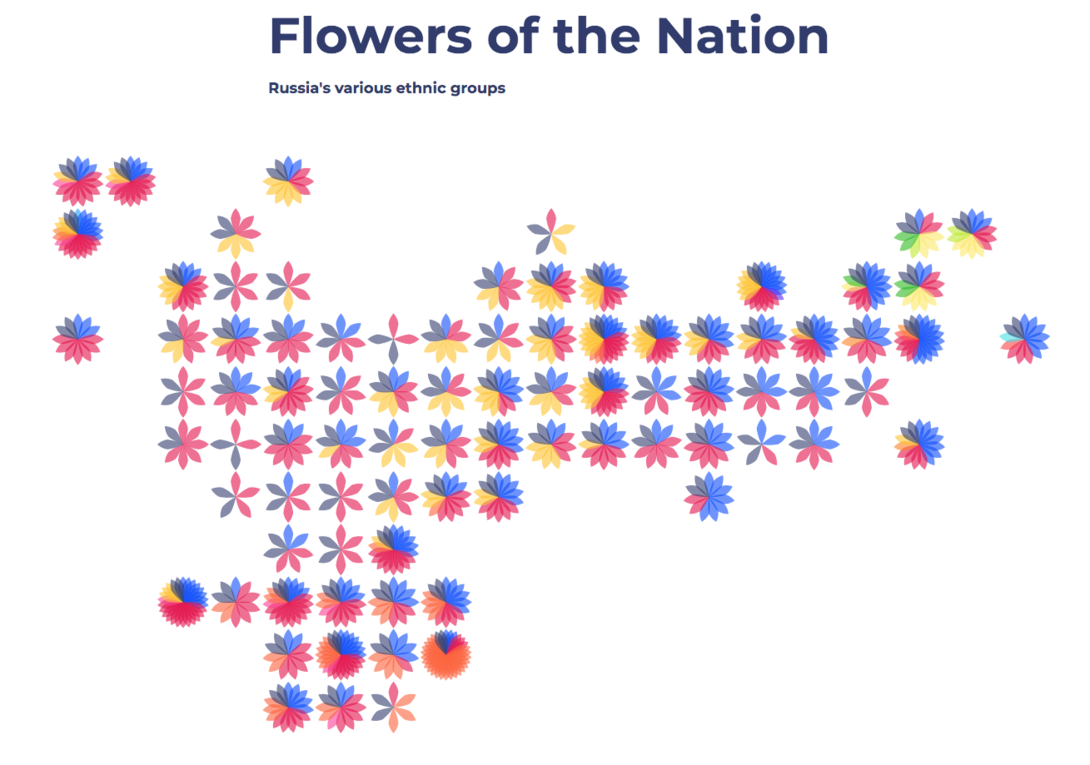 Flowers Of The Nation by Rossiya Segodnya

During Russia's centuries‑long history, its ethnic composition has changed repeatedly. At the moment, there are over 190 ethnic groups in Russia who speak 150 languages belonging to 13 language families. We gathered every officially confirmed ethnicity in the country forming an exhaustive guide to the national diversity of regions: from the most to the least diverse.
The infographic design was inspired by the rushnik, an ornate traditional tea towel that symbolizes hospitality and unity. Rushnik is an essential item used in the well-known Russian greeting custom, Bread and Salt. More than that, the infographic prompted us to create an actual hand-embroidered rushnik that showcases the full diversity of Russia’s ethnic groups.