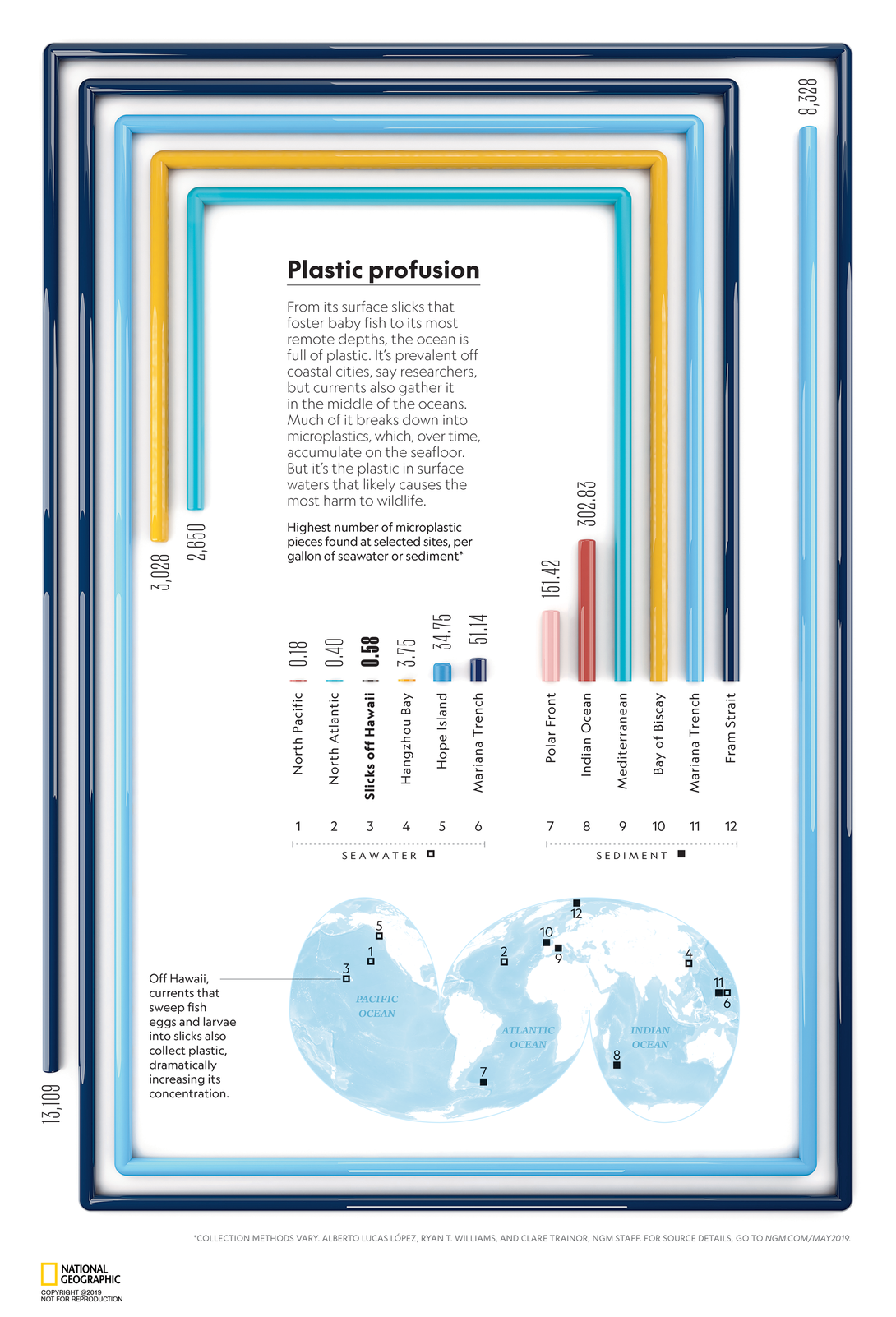 Plastic waste, mostly from rivers or careless dumping on land, washes into the oceans at an average rate of about nine million tons a year. The visible trash, along with heartbreaking images of its impact on everything from turtles to birds to whales, has generated a public outcry. But sunlight, wind, and waves eventually break down ocean plastic to bits that are barely visible. One of the biggest unknowns—and concerns—is the effect that these microplastics, smaller than a fifth of an inch, might be having on fish. The graphic shows how critical the situation is in some parts of our seas, reaching the madness of more than 13,000 microplastics per gallon at Fram Strait.