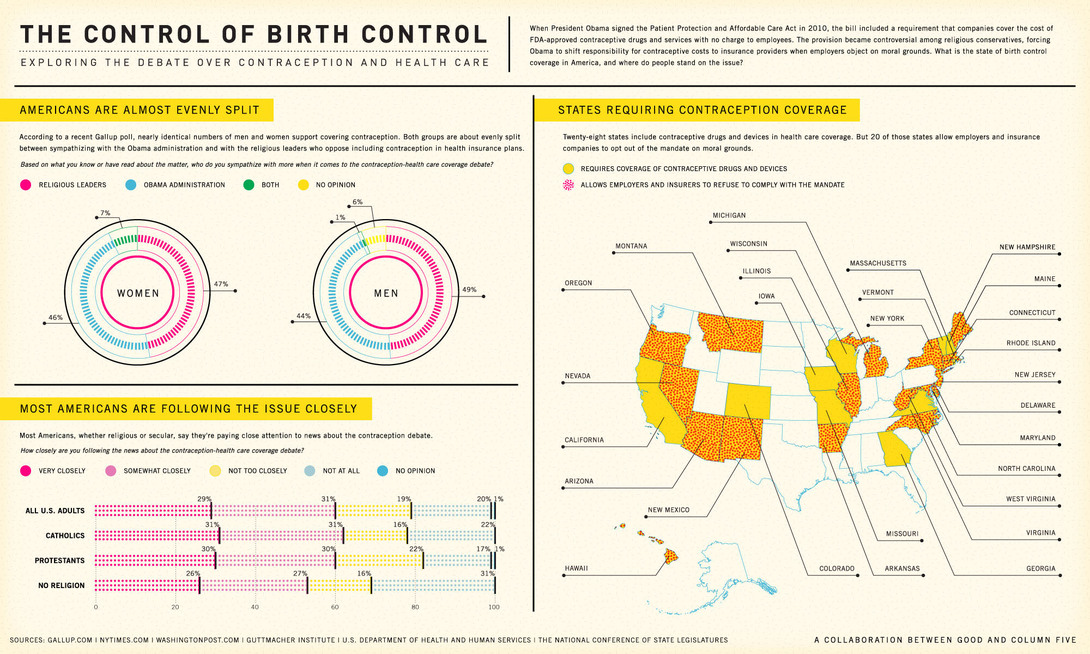 When President Obama signed the Patient Protection and Affordable Care Act in 2012, the bill included a requirement that companies cover the cost of FDA-approved contraceptive drugs and services with no charge to employees. The provision became controversial among religious conservatives, forcing Obama to shift responsibility for contraceptive costs to insurance providers when employers object on moral grounds. This infographic created with GOOD looks to answer the question: what is the state of birth-control coverage in America, and where do people stand on the issue?