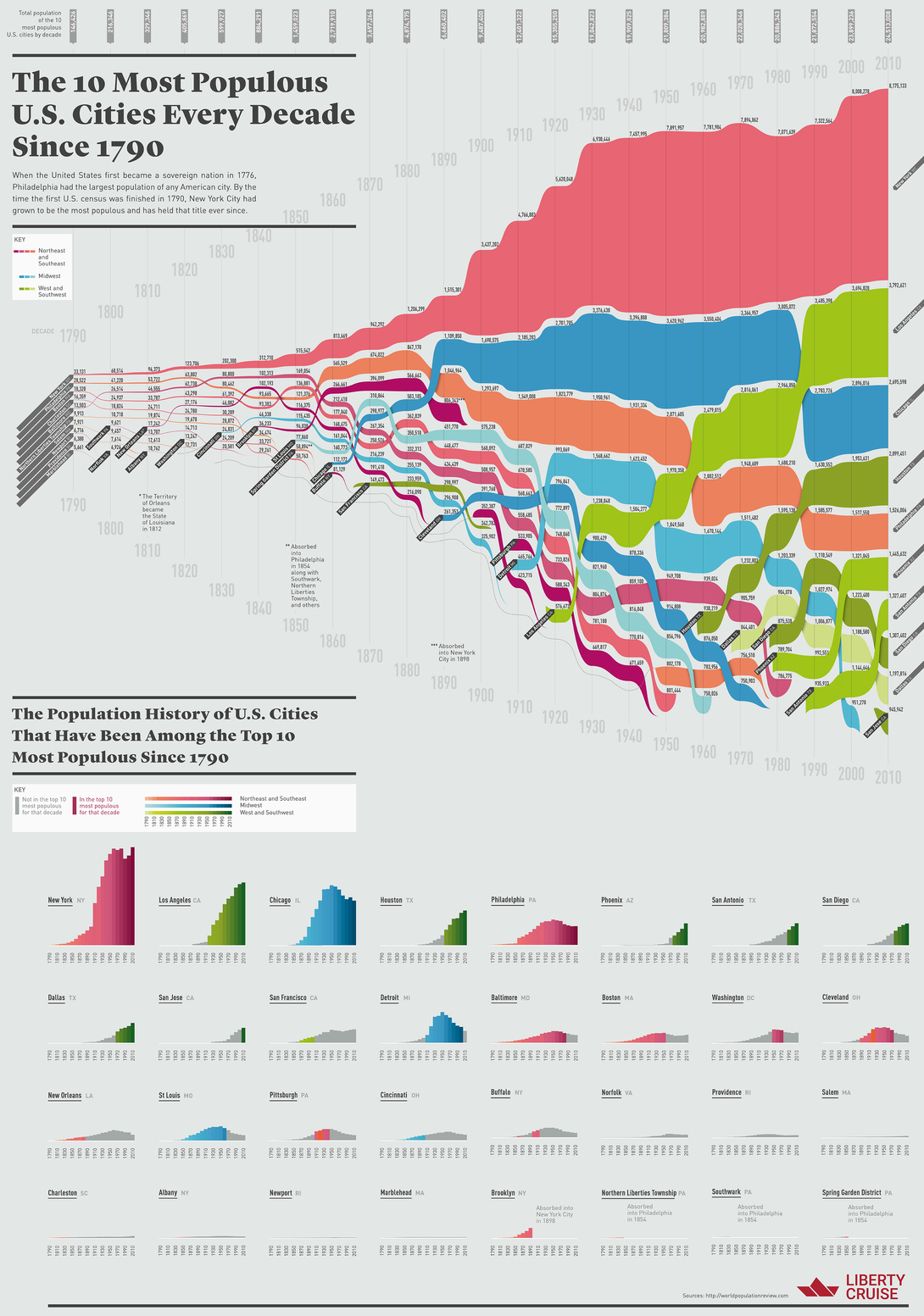 The 10 Most Populous U.S. Cities Every Decade Since 1790 by Marco Giannini

Only two cities have had the distinction of being named the most populous city in the United States. The first one was Philadelphia, estimated to be the biggest city in the country at the time of the signing of the Declaration of Independence.
However, by the time of the first U.S. Census in 1790, New York City had surpassed Philadelphia by a few thousand residents – and the Big Apple has stayed the largest in the country ever since.

This infographic - designed for Liberty Cruise - ranks the 10 most populous cities in the United States for every decade since 1790.
It's amazing that some of the biggest cities in the late 18th century hosted no more than 6,000 residents. And two of them were in Rhode Islands, one of the less populated states today. Jumping forward 200 years, New York has not lost its top spot, mainly because it absorbed Brooklyn in 1898. However, the list has changed a lot regarding the following positions, with the raise of some western metropolis (painted in green) like Los Angeles, Houston, and Dallas.