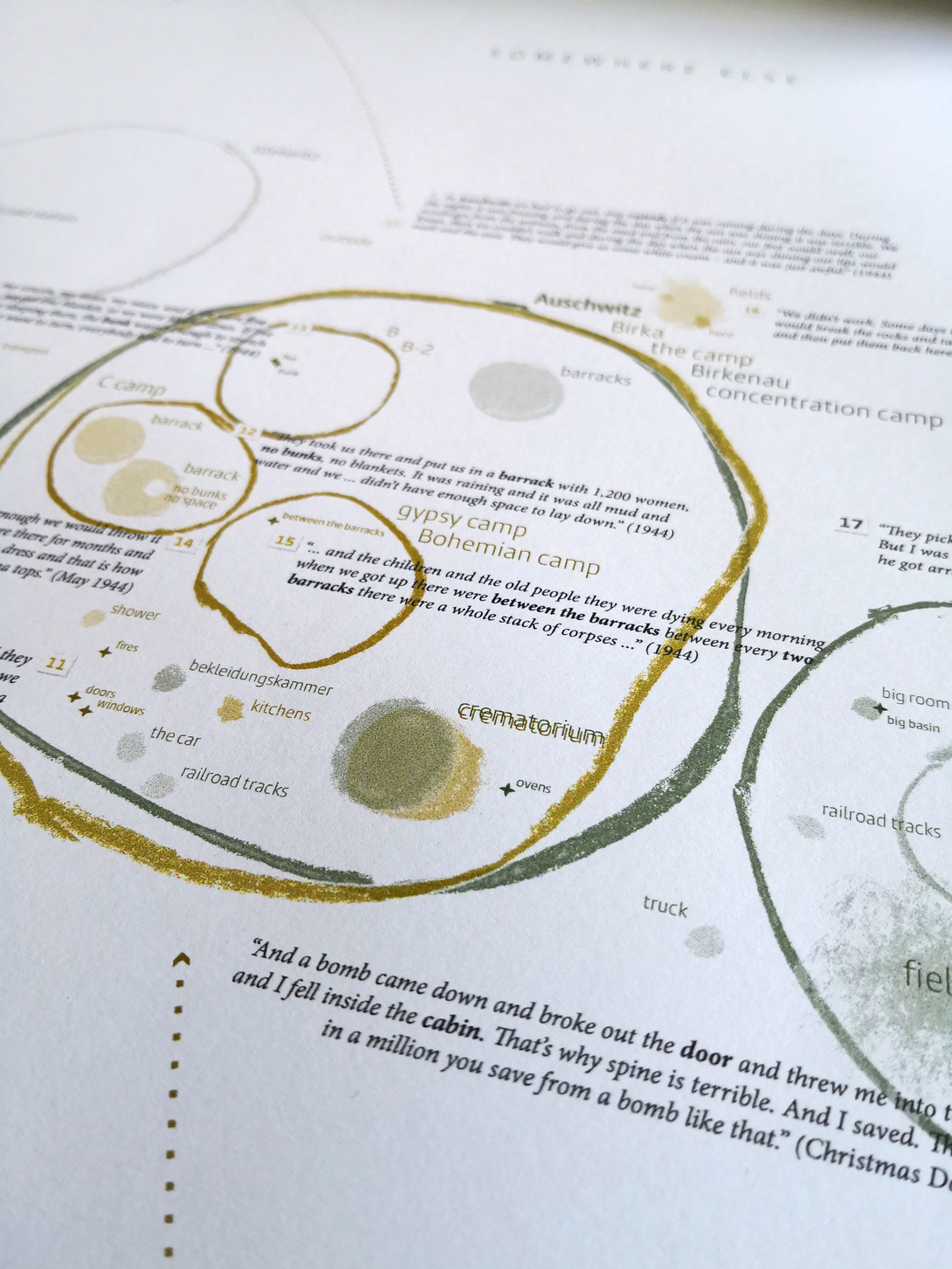 This map shows the many places mentioned in interviews with Anna Patipa and Jacob Brodman, two Holocaust survivors. You can follow the sequence of places in their accounts by noting the number of each excerpt, generally from east (right) to west (left). The largest places, such as cities or concentration camps, are located according to their approximate actual location. Smaller places, such as barracks, woods, or rooms, are located based on their topological relationship to the other places mentioned in the interviews, such as places they were within or near. The legend explains the colors that signify each person’s account and the reasoning behind the map’s style and effects. If both survivors mention a place, it appears in both colors.

This map was born of necessity. Conventional cartography and GIS use latitude and longitude to place objects in space. However, coordinates are often impossible to determine for small places or for historical places that have ambiguous or uncertain location. Because we wanted to include all places that seemed significant to Patipa and Brodman, we developed a hybrid approach that enables us to include the very small, intimate places (a building, a train car, a pocket) as well as towns, regions, and countries. In this way the map is a cartographic exploration of the spatiality of the Holocaust as well as our own responses to the accounts. The textual
excerpts on the map either describe the quality of a place or an event that made it notable for the speaker. The texts do not constitute narratives, but we hope they give you a glimpse of two individuals’ experiences as the Holocaust tore them from their homes and carried them across Europe.