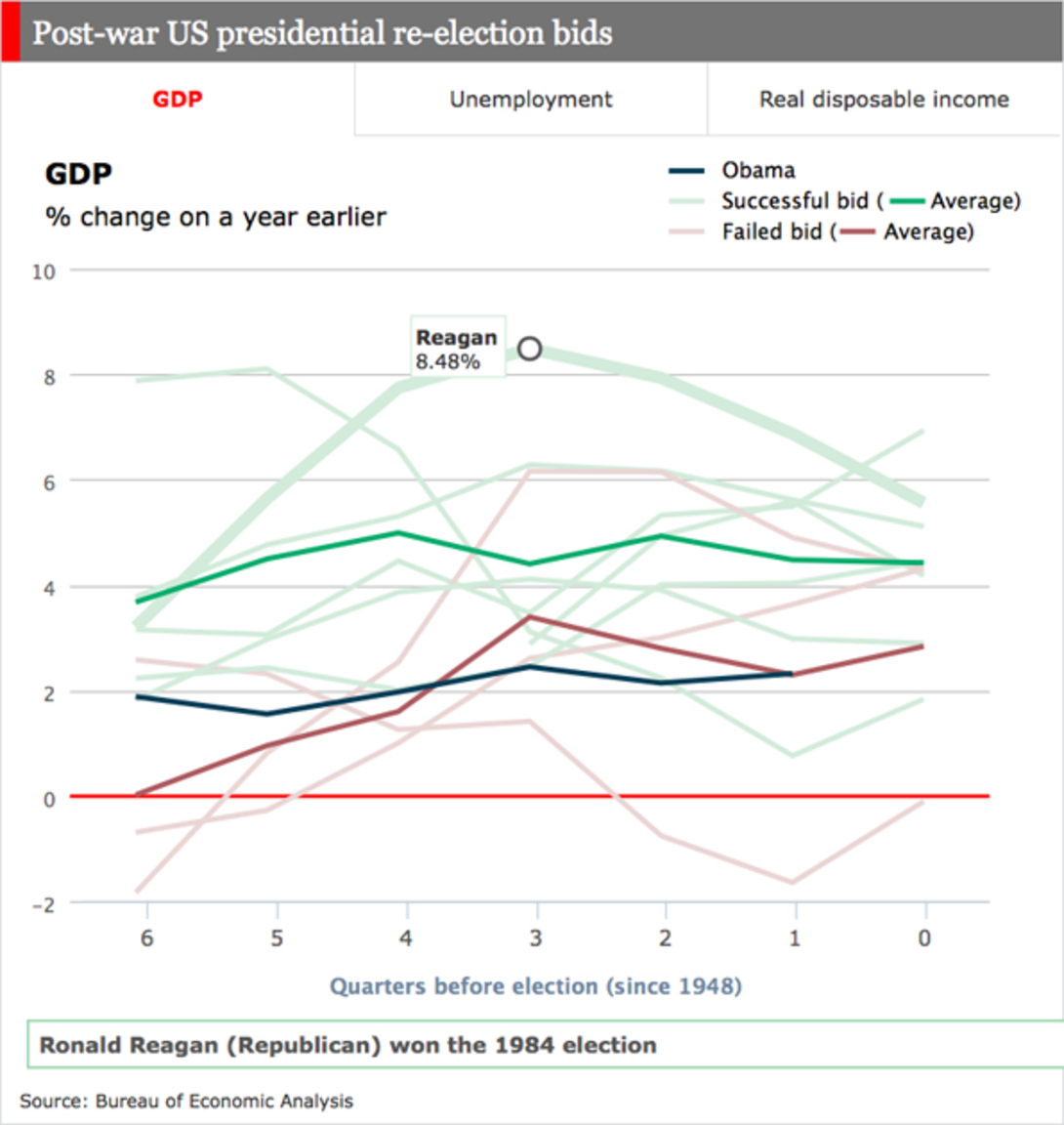 What was the likelihood that Obama would be re-elected? Instead of talking to the pundits, The Economist listened to the data. Specifically, we looked at the president's economic performance in the 18 months prior to election day, and compared that against every postwar presidential re-election bid -- both successful and failed.
As for what it showed? In absolute terms, Obama's economic record resembled bids that lost, pocked by high unemployment and low GDP growth. However more importantly, seen as trend lines, his performance more closely resembled successful bids -- an interpretation that was vindicated when Obama won.