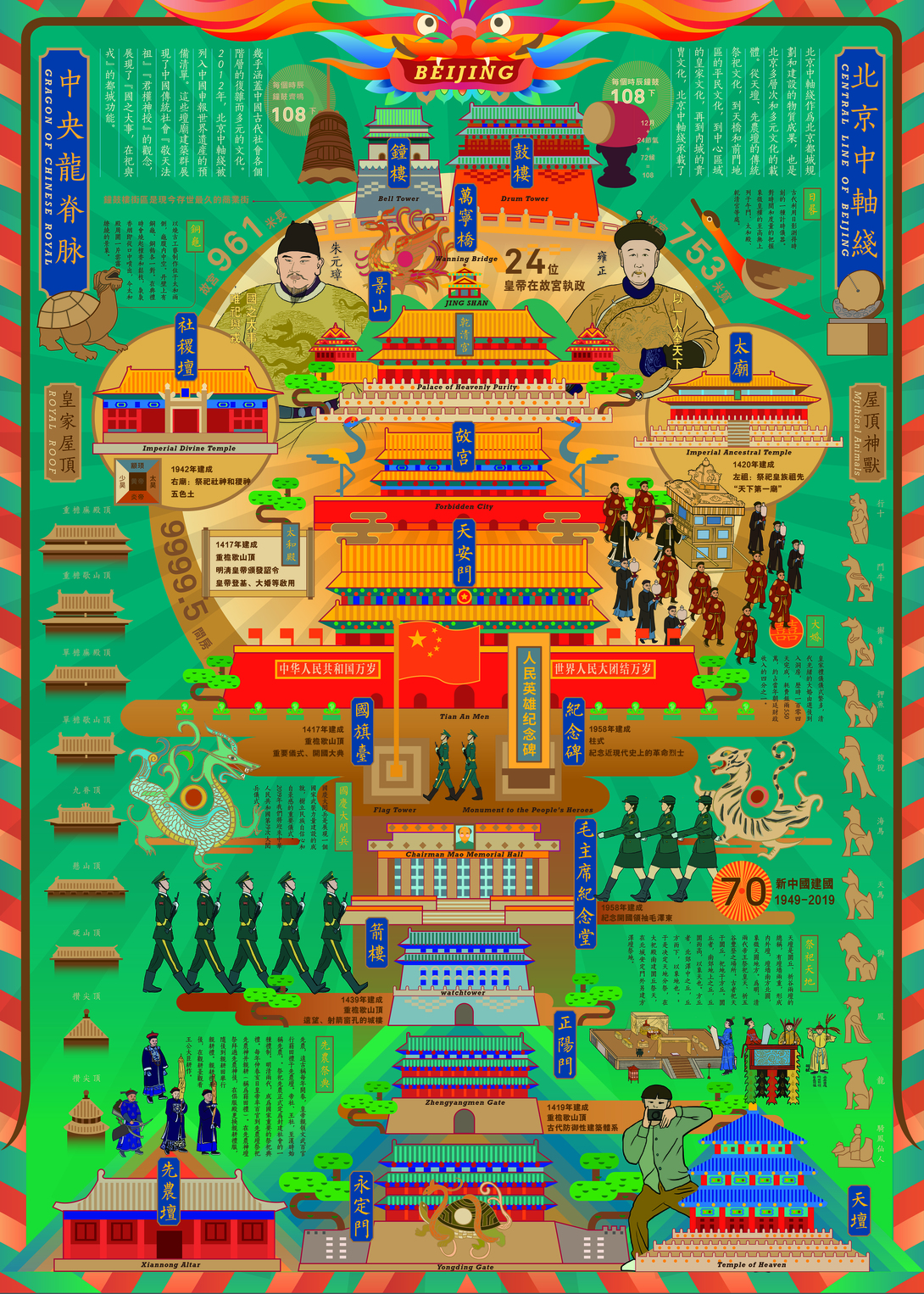 In 2012, fourteen buildings on Beijing's central axis were included in China's preliminary list of world heritage sites. As the historical and cultural buildings of the ancient capital of the six dynasties, these old architectural complexes show the concept of "worshiping heaven and Fazu" and "conferring the sovereign power to god" in the traditional Chinese society, as well as the function of the capital of "worship and defense are the important events of the state". From the traditional sacrificial culture of the temple of heaven and the altar of agriculture, to the civilian culture of the Gulou and Qianmen area, to the royal culture of the central area and the inner city, the central axis of Beijing carries the complex and diversified culture that almost covers all levels of ancient Chinese society. The great leaders in Chinese history and traditional cultural activities are integrated in modern Beijing together, where man can travel the past and the present to understand the cultural connotation of China.