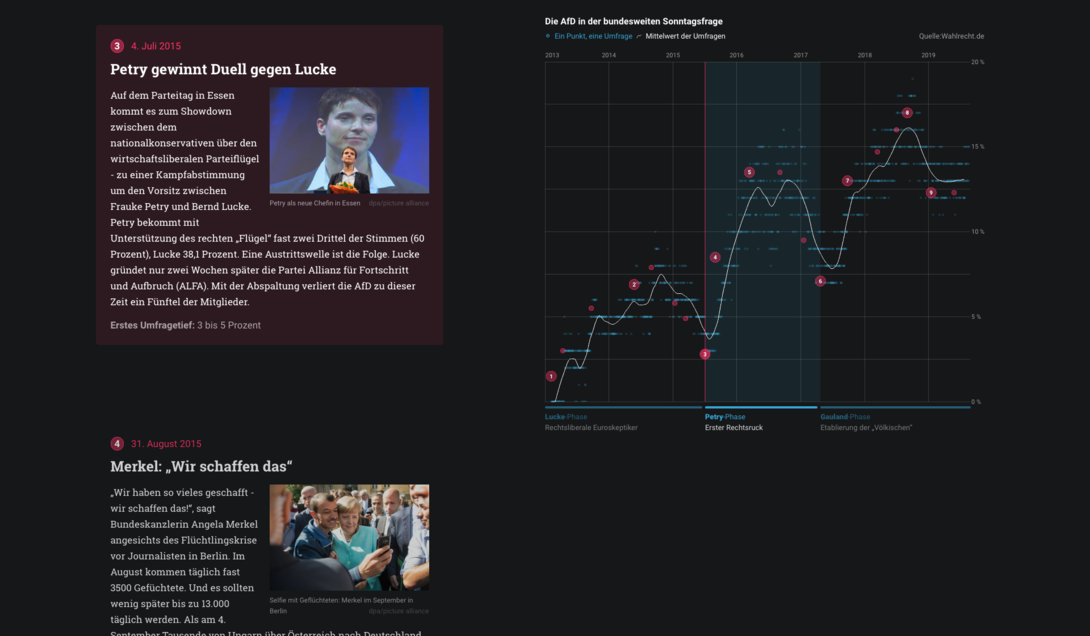 When The AfD Wins - And Loses by Funke Media Group

The far-right AfD could win in the upcoming elections in eastern Germany for the first time. We analyzed polls and discovered a pattern connecting infightings with voter approval.

Along the polls we tell the parties young history in an interactive chronicle. One can divide it in three phases of three different party leaders, showing a similar pattern in the development of polls and events: At the beginning of each phase, the party occupies a topic with "alternative" positions, goes up in the polls with an attitude of protest against government policy - and falls back again as a result of a power struggle within the party that ends with the more right positioned winning the infight.

Small multiples, sorted geographically, show the AfD polls in the individual federal states in comparison to the nationwide poll average. These and the last chart show that the party's voter support in East and West has drifted farther apart than ever before: While the AfD initially gained popularity in eastern and western states, the polls in eastern countries are now well above the national average, while they are stagnating in the west.