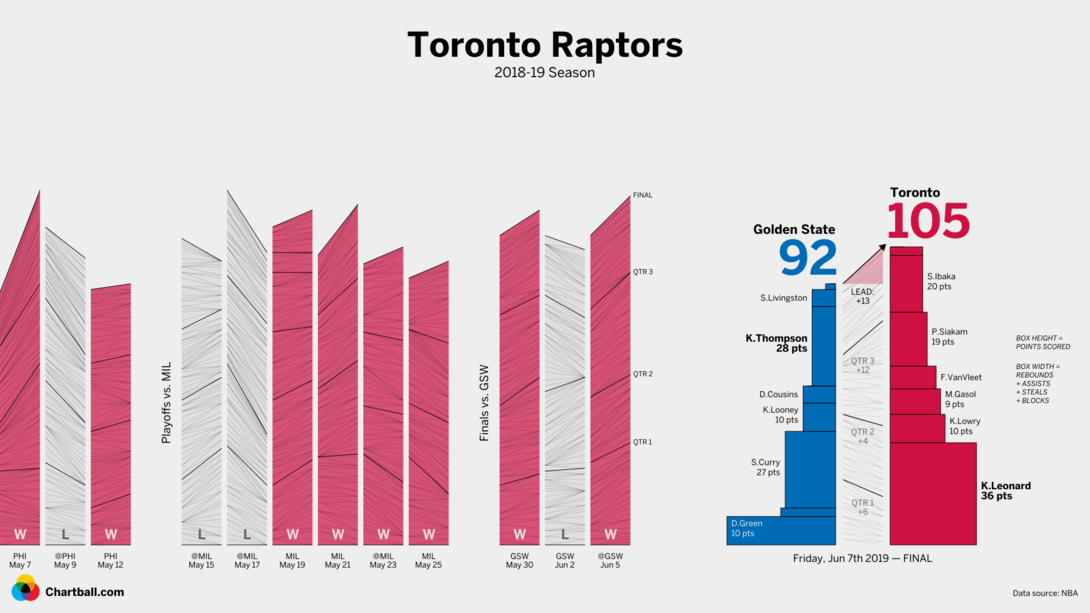 We built a chart-bot that generated (and posted to Twitter) a chart of every NBA playoff game . The charts show how each basketball game played out: the lead changes, the unique set of contributions that add up to a win or loss. The charts show that not all wins are equal — some are largely the work of one player who dominates the scoring, some players contribute rebounds and assists but not as many points. Some teams are much more balanced.

The full set of game charts are available on Twitter, but we also generated a full-season video for each team.

One note: The charts speak for themselves, but just as valuable is the process that automatically grabs the new data sets, generates an animated chart, and posts the results to Twitter within minutes of the game's conclusion.