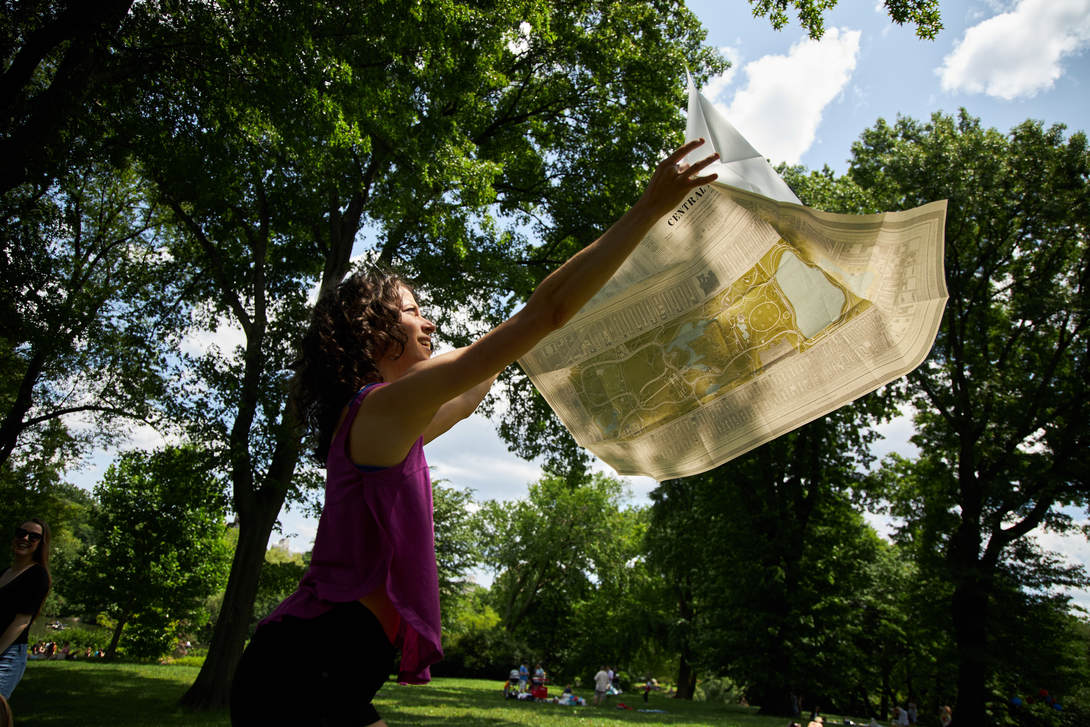 In October 2018, the first official Central Park Squirrel Census was conducted in New York City. The project — which involved 323 volunteer Squirrel Sighters and took two years to plan, execute, and present — was completed for many reasons: to learn more about the populations and behaviors of the Eastern gray; to tell a data-driven narrative about Central Park; to engage in community building; and to transform the space of Central Park into an art project and story that unfolded in real time.

Throughout the project, from planning and data gathering to analysis and visualization, maps were a critical and essential tool. Led by Chief Cartographer Nathaniel G. Slaughter IV, the Squirrel Census team surveyed, ground-truthed, and mapped Central Park, producing one of the most detailed map databases of the park in the past 80 years. This database provided the structure from which two significant maps — both 5’ x 2.5’ — were generated, serving as the foundation for the Central Park Squirrel Census 2019 Report.

The first, a park map, provides context for the census. Presenting the geographic and cultural systems of the park, this is the “terrestrial” map of the land and human experience. Hypsometric tinting blended with exposed bedrock creates a foundation for the map on which three primary communication systems — carriage roads, the Bridle Path, and footpaths — are placed. This circulatory network is interwoven through a complete catalog of arches and bridges and connects the park’s built-up areas — buildings, plazas, and hardscape gathering spots. Annotations are scale-dependent based on area and cultural significance and given different styles based on feature type.

The map header includes lateral and longitudinal section diagrams, as well as a park index highlighting places of interest, statues and fountains, arches and bridges, playgrounds, and entrance gates. Park observations from census volunteers are also provided and linked to the map by hectare ID.

Spatial proximity of sighting points is shown through a three-tier series of clustering, the smallest of which emphasizes highly dense areas of sightings, while the largest tier shows sprawling-but-connected networks of squirrel activity. Twenty-three Clusters of Prominence have each been labeled, connected to a table showing number of sightings and cluster area, and given a name reminiscent of a Central Park league softball team. In addition, select squirrel observations noted during the count are linked to the map by hectare ID.

Both maps — available in the Central Park Squirrel Census 2019 Report — are four-color, lithographic offset prints on 70 lb. Paper Tyger, and folded to 7.5” x 7.5”.