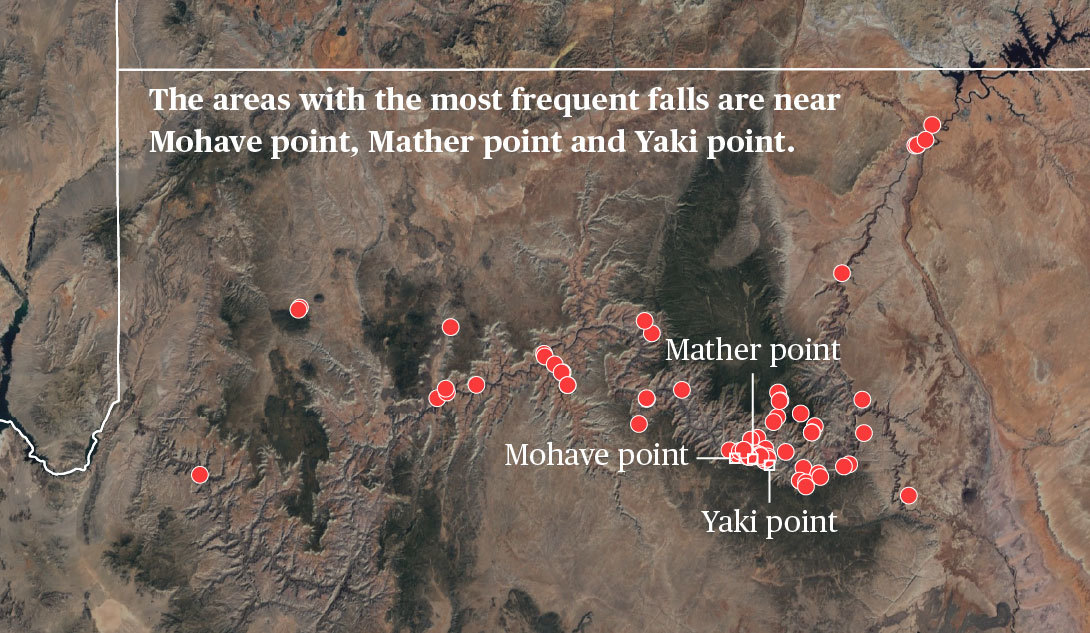 More than six million people visited the Grand Canyon National Park in 2018. In 2019 people kept coming, undeterred by the three deaths in the first three months of the year. Since 1886, there have been more than 600 deaths in the park: from falls, drownings, dehydration and heat stroke, hypothermia and other causes.

We built the “Fatal falls at the Grand Canyon” project to give readers context that goes beyond the headline-grabbing spate of deaths in and around the national park. We used photos, 3d imagery of the Grand Canyon, and modern-day cartography to tell the story of the people who have died and where they died.

Based on a dataset built from a book on Grand Canyon deaths, geocoded by hand, we mapped deaths in and near the park all the way back to 1886.To find the coordinates, we went one by one, figuring out the location based on descriptions in the book, "Over the Edge: Death in Grand Canyon,” by Michael P. Ghiglieri and Thomas M. Myers.