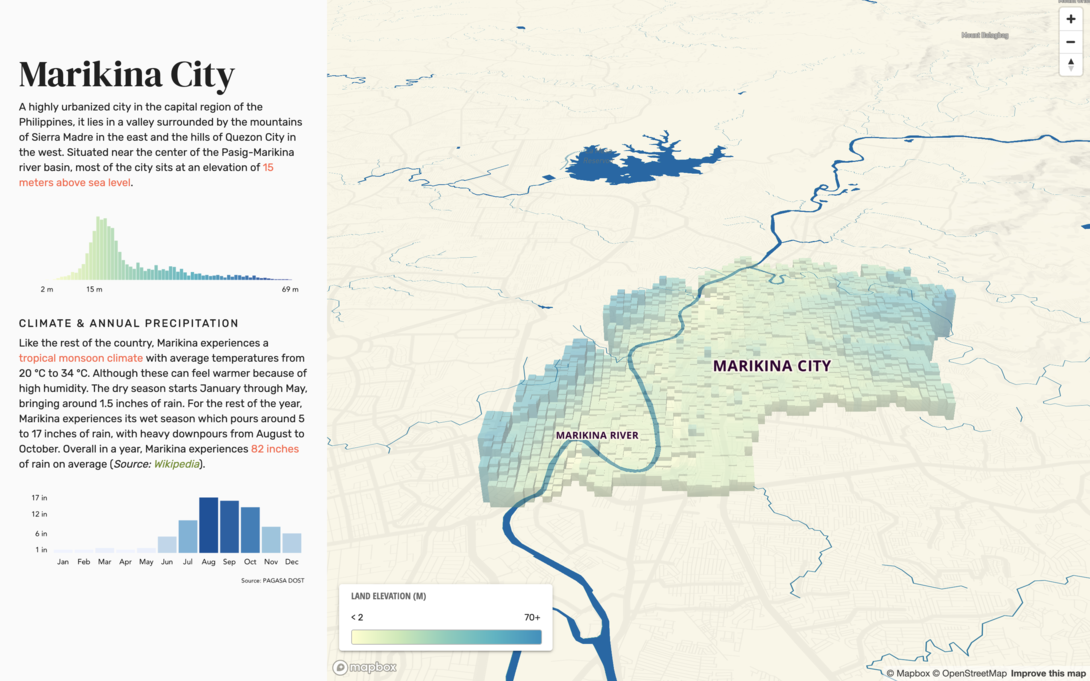 Due to the rainy season and the geography of Marikina City, it was considered to be one of the most devastated areas during Typhoon Ketsana back in September 2009. We created a data story on the suitability of Marikina's evacuation centers during severe flooding. We envisioned a worst case flooding scenario and assessed what shelters might be inundated and whether they are accessible and can serve everyone that lives nearby.