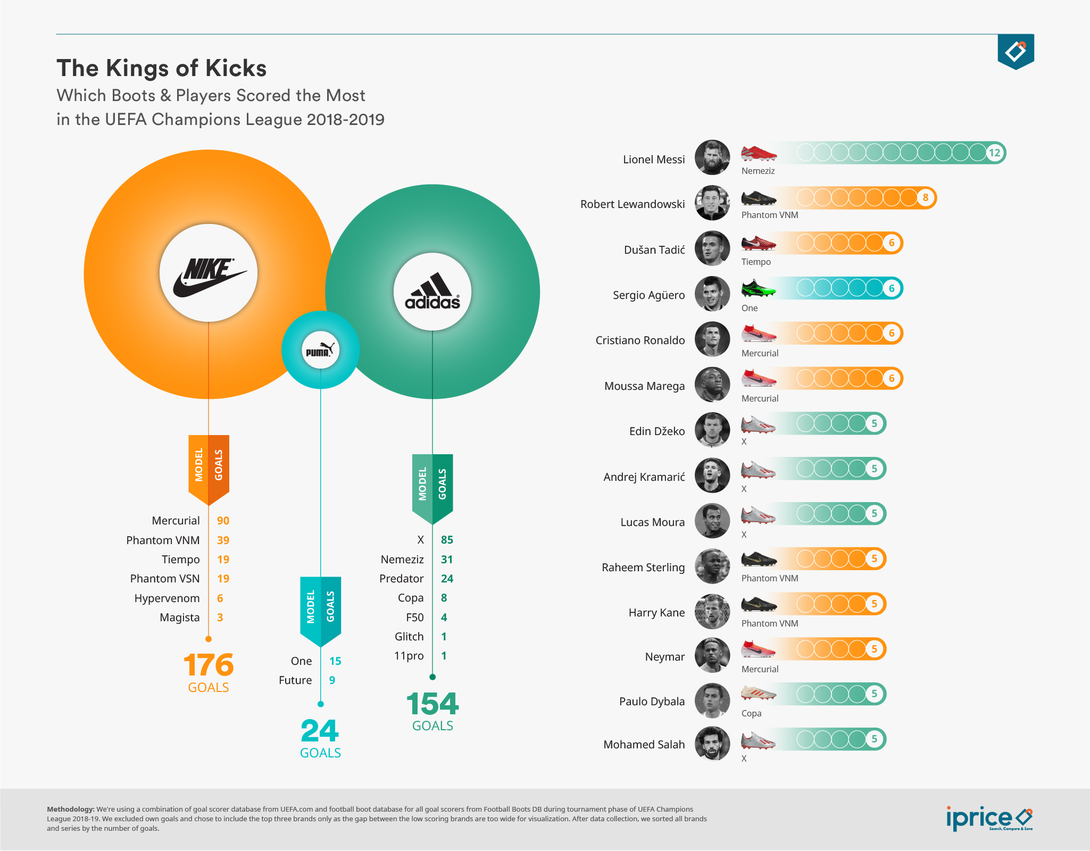 The Kings Of Kicks

The Champions League is not just a competition between the best clubs and players in the globe. It’s also a battleground between the biggest football boot brands across the world. A total of 360 goals were scored using 18 different models of football boots in the 125 main games of the Champions League this season. Nike, Adidas, and Puma were the only brands that helped players score 98% goals in the 2018-19 tournament.