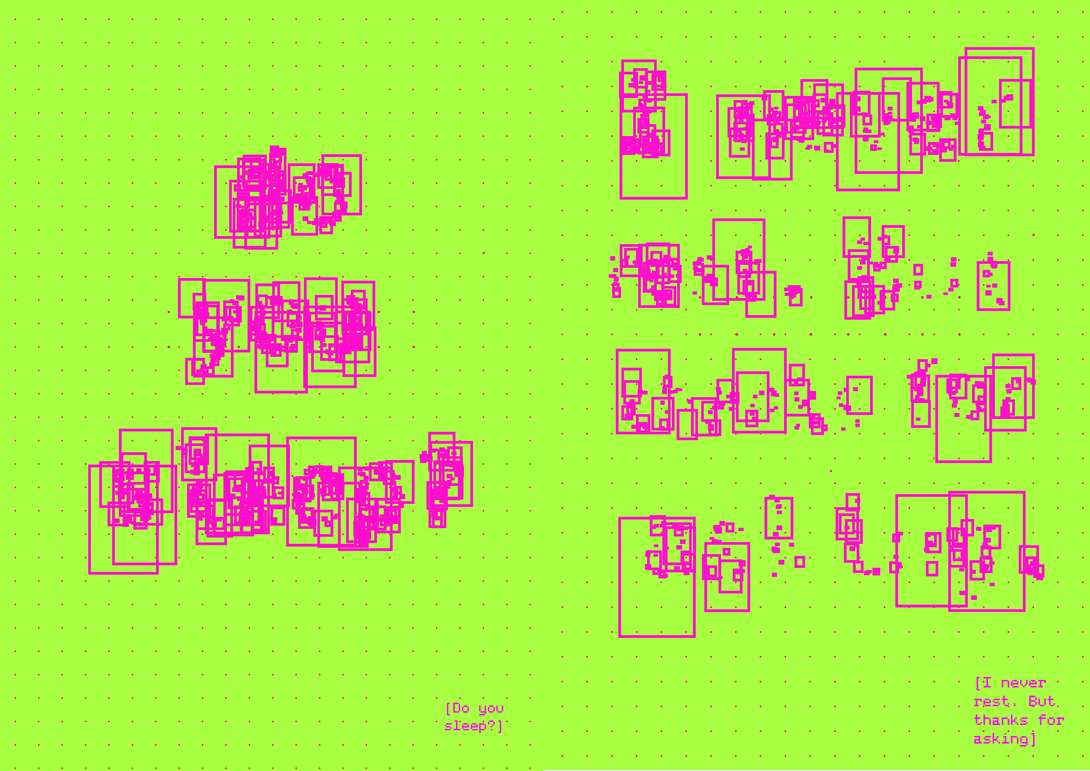 I was interested in visually exploring the communication between people and machines. I went about this by recording conversations between myself and Siri and then used the sound data from these conversations, to influence my typography and further visually capture the interaction.

I chose to explore my conversations with Siri, because I was interested in the speech abnormalities in the conversation and how Siri provides unconventional answers, that a person would never say, ie.’I never rest. But thanks for asking.’

I presented my experiments in a series of posters, with the left half of the poster representing my speech/question to Siri and the other half representing Siri's response. I decided to keep each conversation/poster in the same typeface, as by representing my data in the same format, I was able to provide a more accurate comparison of the sounds.
I experimented with illegibility, and how many points I needed to plot onto my type to make it legible. I also considered how loud the sounds could be before they became too illegible, and how my visual choices such as shapes added to the legibility, I found the square experiments expanded more, making them less legible than the polygons. I also added a caption of what was said, I felt that this added a needed context and possible entry point into the poster.
Overall I found these experiments interesting to explore, as I was able to visualise a communication between myself and Siri where the answers were very unexpected and unlike that of what a person would respond.
For my future experiments, I would like to further explore how I can represent a sound, by creating another interactive experience, which uses real-time data. I could perhaps look at more abstract visualisations which represent certain sounds, such as using shapes to represent sounds.