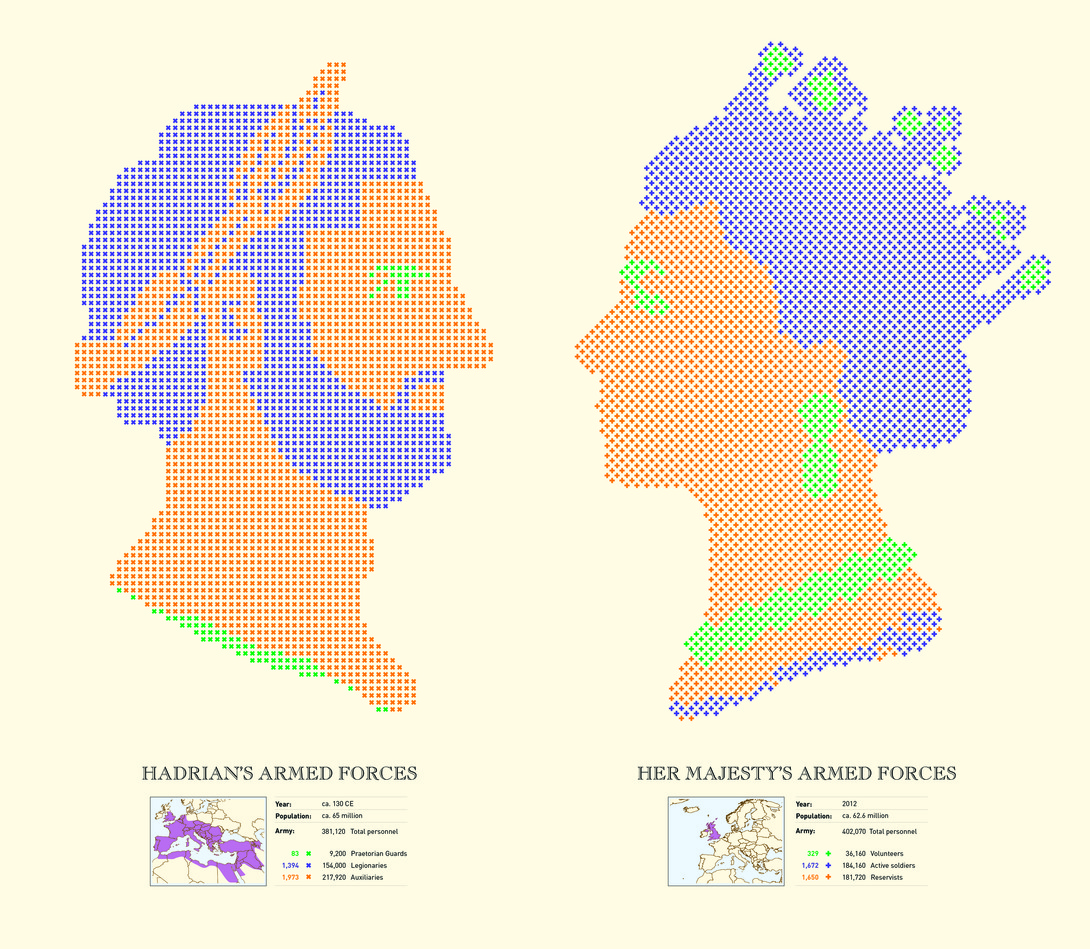 A different take on His and Hers ... Army by Valentina D'Efilippo (The artwork is included in 'The Infographic History of the World' by Harper Collins, 2013)

Using one very familiar profile (Her Majesty), this visualisation reveals the breakdown of the modern British army's active/volunteer/reservist personnel – in direct comparison to the Roman Empire's armed force.
Despite the immense geographic size of the Roman Empire, its population was very similar to that of the UK in 2012. And, it turns out, their military personnel are also comparable in size. In fact, if we include reservists in the UK totals, Her Majesty's army is bigger than the World's largest ever empire.