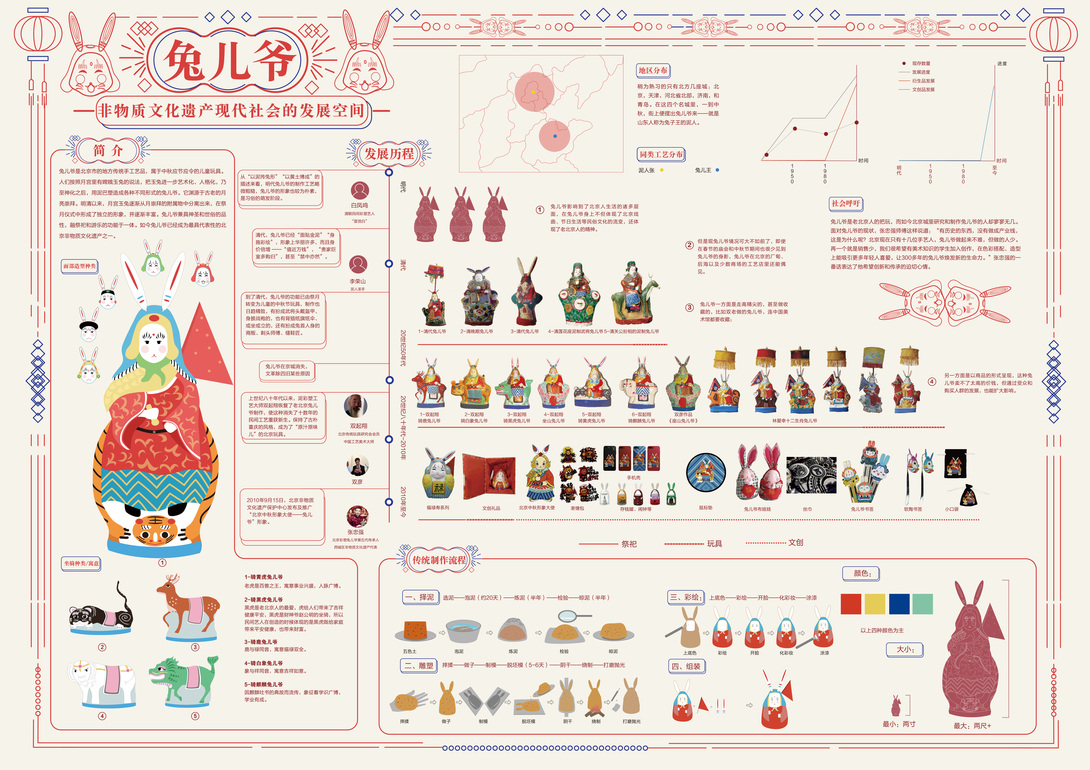 Lord rabbit is very traditional of Beijing and has become one of the most representative Beijing non-material cultural heritage. We chose to use it as a subject. The purpose of the work is in the process of propaganda and explanation of Lord rabbit. We also want to let everybody know about Lord rabbit. It is about derivative surviving space is in contemporary introduction is to use graphical elements show its face and mount types, such as production flow chart is a graphical element step upon the demonstration is the main visual chose timeline for traction, its application in different evolutions and inheritance, and what happened in the process of evolution and have also introduced Classification. In the image below is the purpose of the Lord rabbit, starting with the main purpose of the sacrifice, slowly to the toys and a direction of the trend of the development of the other element is its distribution area. Some society calls for things such as the protection of intangible cultural heritage, to awaken people's attention, make the intangible cultural heritage better exist in our side.