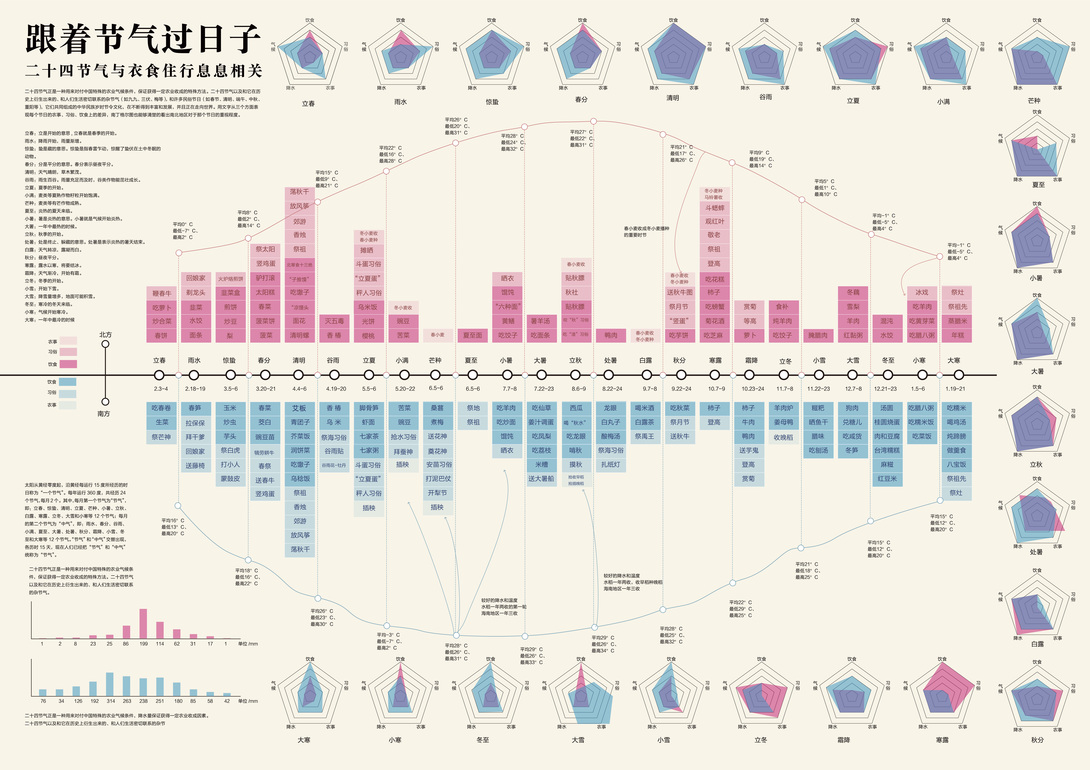 The 24 solar terms are the unique solar terms culture of China. With throttle the starting point of life is to want to do a north and south China for throttle value contrast as original from farming custom eating three aspects of each festival performance the importance and differences between the north and the south, there is no too much graphic elements, select text elements of the reason is that the most direct and better contrast in color histogram squares, to contrast the differences between north and south, a throttle will also be able to see this a throttle emphasis on farming custom diet also choose the nightingale figure from the diet custom farming precipitation Comparison of the differences between north and south climate five aspects and the importance of color piece involved area is larger also suggests that the festival activities have, the more the more also suggests that it is the less emphasis on the opposite on the one hand is to let more people understand the different regions of the throttle of throttle value, on the other hand also want awakening people's memory, for the traditional throttle to better and promote the twenty-four solar terms.