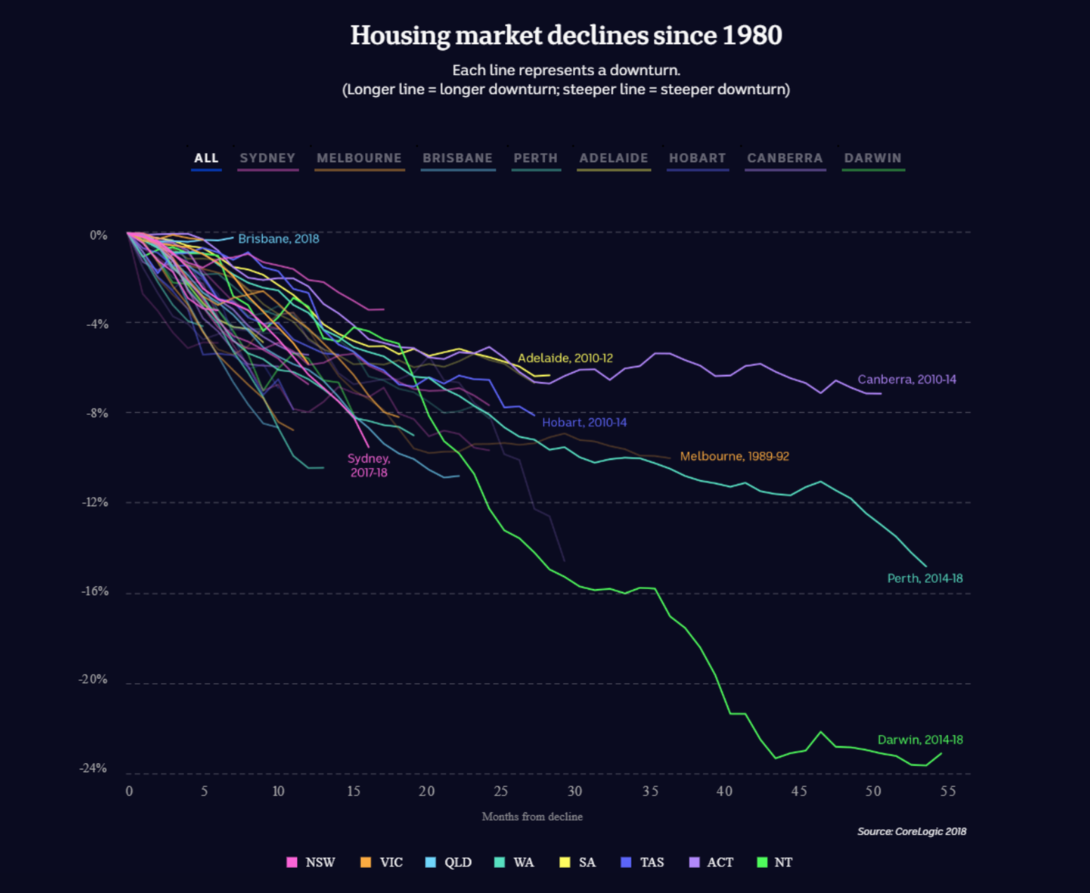 In 2017, Australia’s housing market began the long slide into what has since become the worst property downturn in the country’s history.

This project, published on the eve of the downturn claiming this dubious title, used exclusive data from analytics firm Corelogic to compare the decline to previous historical downturns.

A house price slump can be bad because the decline is: a) big b) widespread c) sharp/steep d) sustained, or e) a combination of the above.

We relied on several datasets to examine how the 2017-18 decline compared on each of these measures – nationally, and in each of Australia’s eight capital cities.

We then examined 38 capital city housing downturns recorded since 1980, using a line chart to plot how sharply prices fell and how long each downturn lasted.

Using detailed historical data to examine the decline from multiple angles, we showed that the decline was not the sharpest nor most widespread (yet) but was on track to be the largest, particularly in Australia’s two largest cities, Sydney and Melbourne.

HOW BAD IS IT FOR YOU?

We built two interactive databases to show users personalised results. These tools allowed users to compare the data for their neighbourhood to other neighbourhoods in their local area or state.

- When users enter a postcode or suburb, the tool matches it to three other geographic areas: their region, council area and state.

- Users can filter that view to only the postcodes in their region, or other regions in their state

- Scrolling down, users then come to a column chart, which shows how far house prices in their council area have fallen since their peak

These tools showed that national or even city-wide figures mask significant differences between local areas, with some neighbourhoods hit far harder than others.