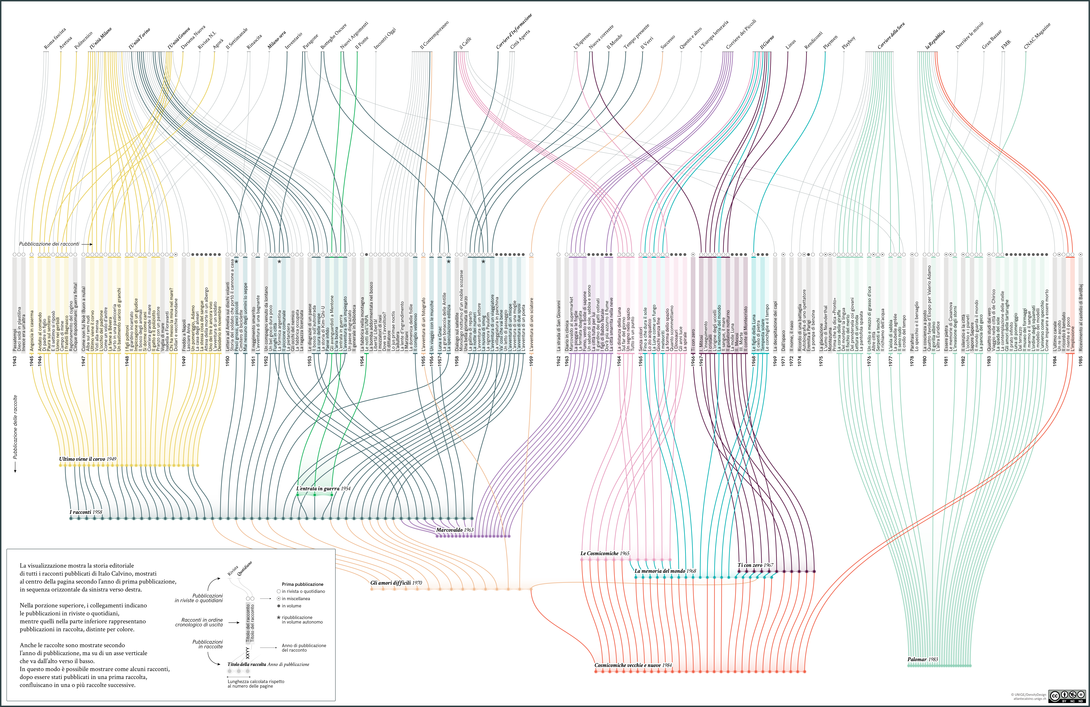 This visualisation is about Italo Calvino, one among the most well-known and studied writers in contemporary Italian literature. The visualisation lays out the whole repertoire of Calvino's short stories - the real backbone of his opera - illustrating the path they take from magazines to collections and how he repeatedly combined them in multiple collections. The large majority of its works had been firstly released on magazines and newspapers, which importantly contributed to the shaping of short fiction during XVIII century.

We suggest to browse the interactive visualisation with Google Chrome. The visualisation is in Italian only: right-click > translate to English helps in orientating.