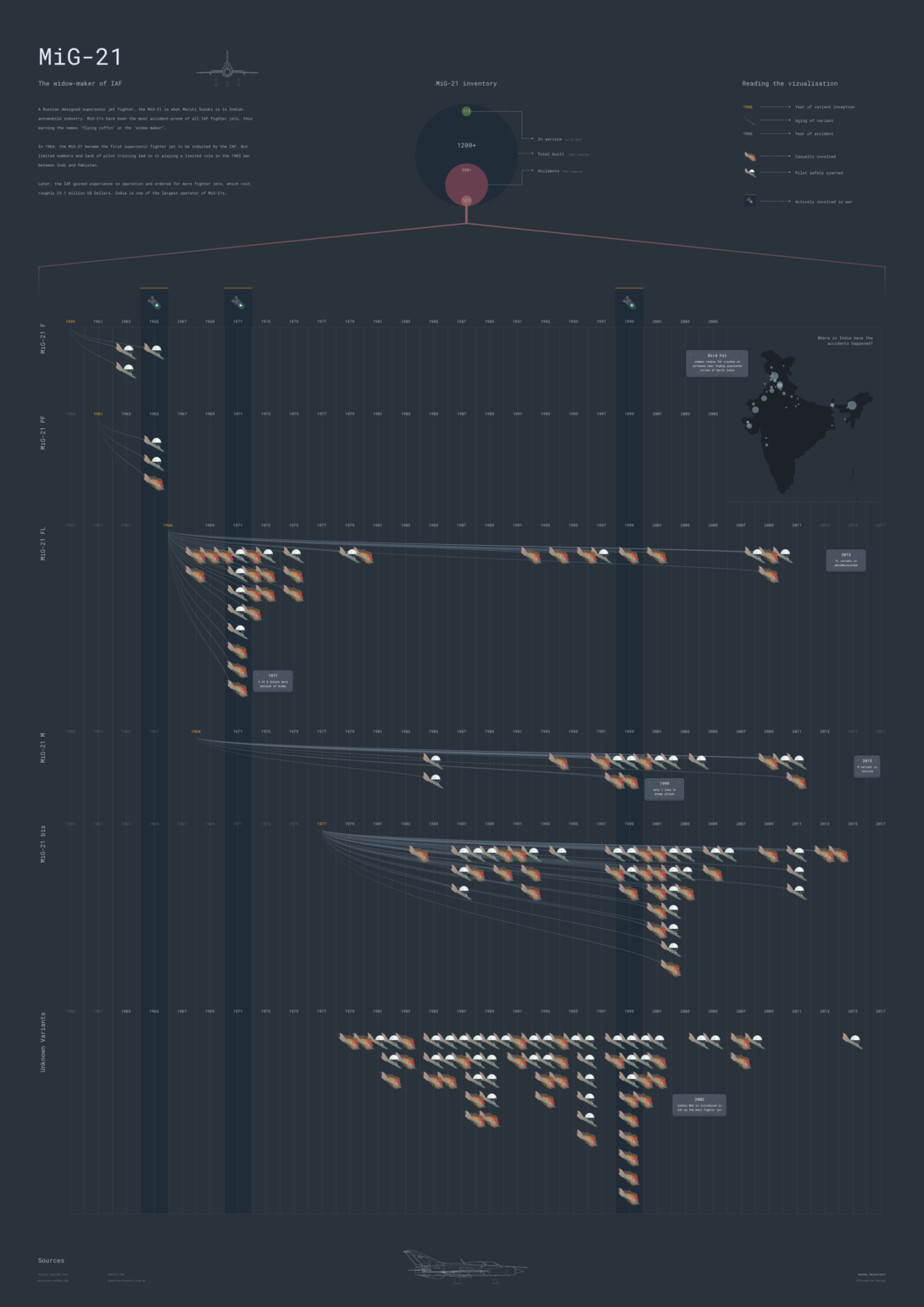 MiG-21 : The Widow Maker by National Institute of Design, Bengaluru

During the February 2019 skirmish between India and Pakistan, an Indian Mig-21 flown was shot down in a dogfight with Pakistani Air Force. This led to media scrutiny as to why the Indian Air Force was still flying a 6-decade aging fleet which was touted as "the widow maker" for frequent crashes.

The entrant has supplied an additonal file for this project: [1]