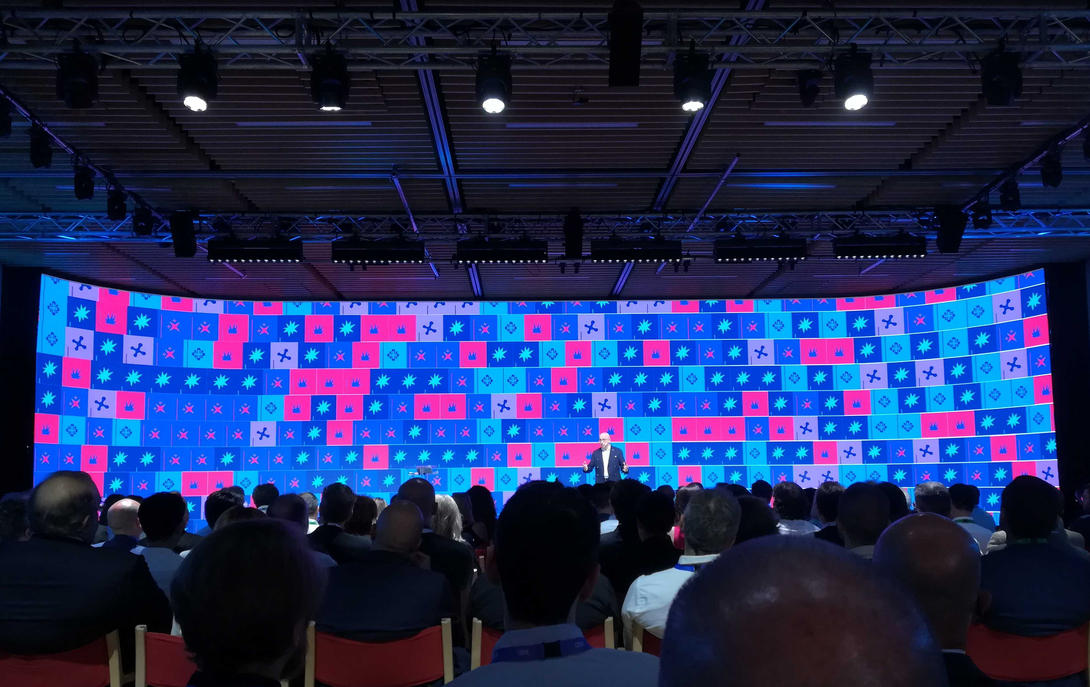 Every city has its banner. The Think Summit’s City of Technology has something more: a 12 metres long interactive flag generated and powered by the ideas and hopes of its citizens. An innovative way to engage the tech community before, during and after the event, with the idea of molding a sense of community in the long term. A series of interactive surveys for the Think Summit 2019 which is taking place in the new IBM Studios in Milan. The participants were invited to join the event by creating a personal data-driven generative ID card based on their professional role, vision and emotions experienced during the event. All the generated cards are sewn together to create a digital patchwork that represents the city's own collective flag.