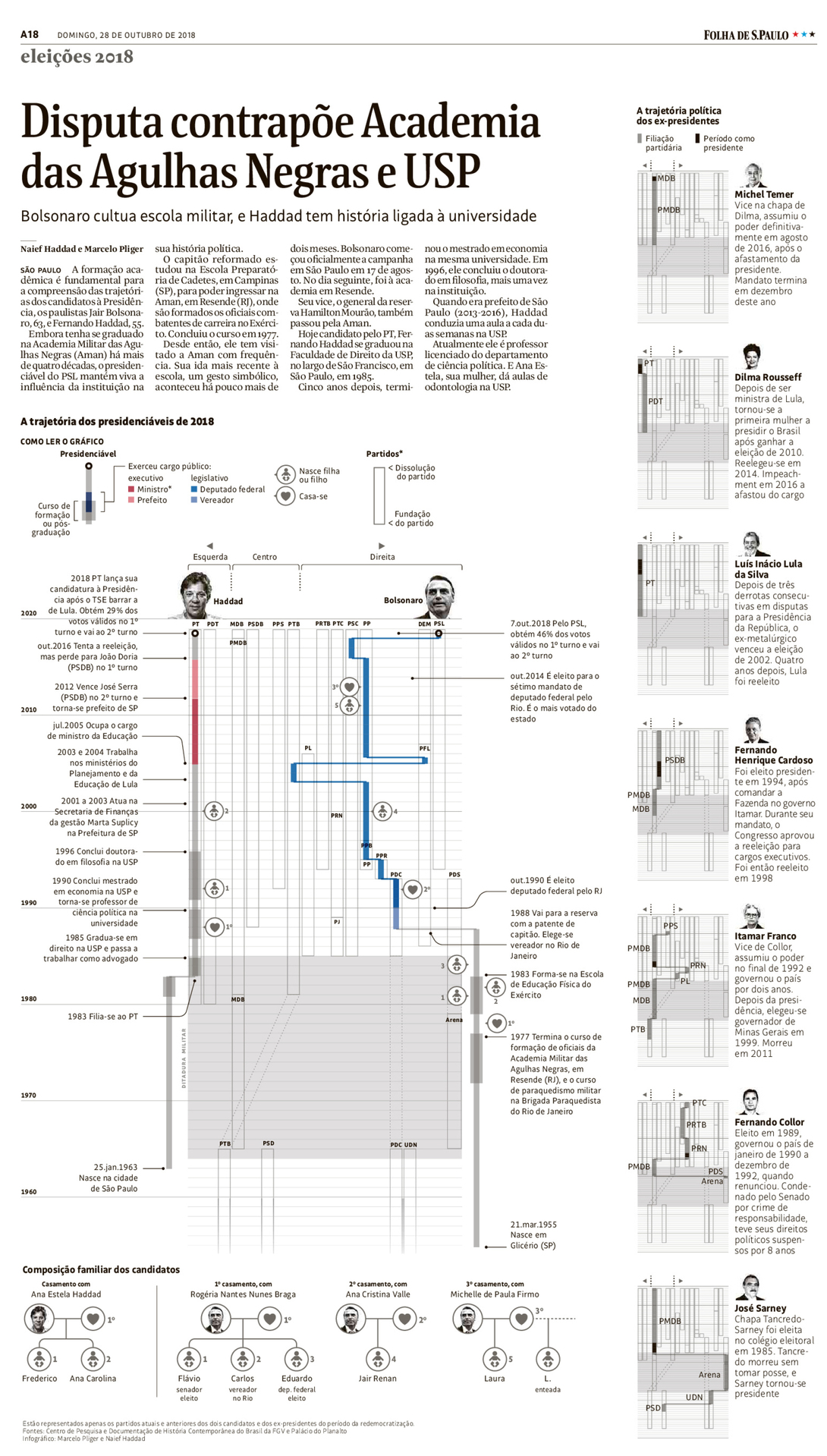 The infographic shows which parties (represented by the vertical rectangles) the two candidates who competed in the second round of the election in Brazil passed by. The distribution of these rectangles respects the political position of each party from left to right. You can see that leftist candidate Fernando Haddad has always been affiliated with Workers' Party while candidate Jair Bolsonaro has gone through seven different parties. The graph also shows the periods they were in universities. Haddad studied law, holds a master's degree in economics and a doctorate in philosophy from USP, the most important university in Brazil. Bolsonaro studied physical education at the most traditional military college in the country. The graph shows the periods in which both held public offices. Haddad was minister and, after it, mayor of Sao Paulo, the largest city in the country. Bolsonaro was a councilor for a short time and federal deputy for 30 years. The infographic also shows the marriages and the birth of the children of each one. Alongside is the political trajectory of former Brazilian presidents since the end of the military dictatorship.