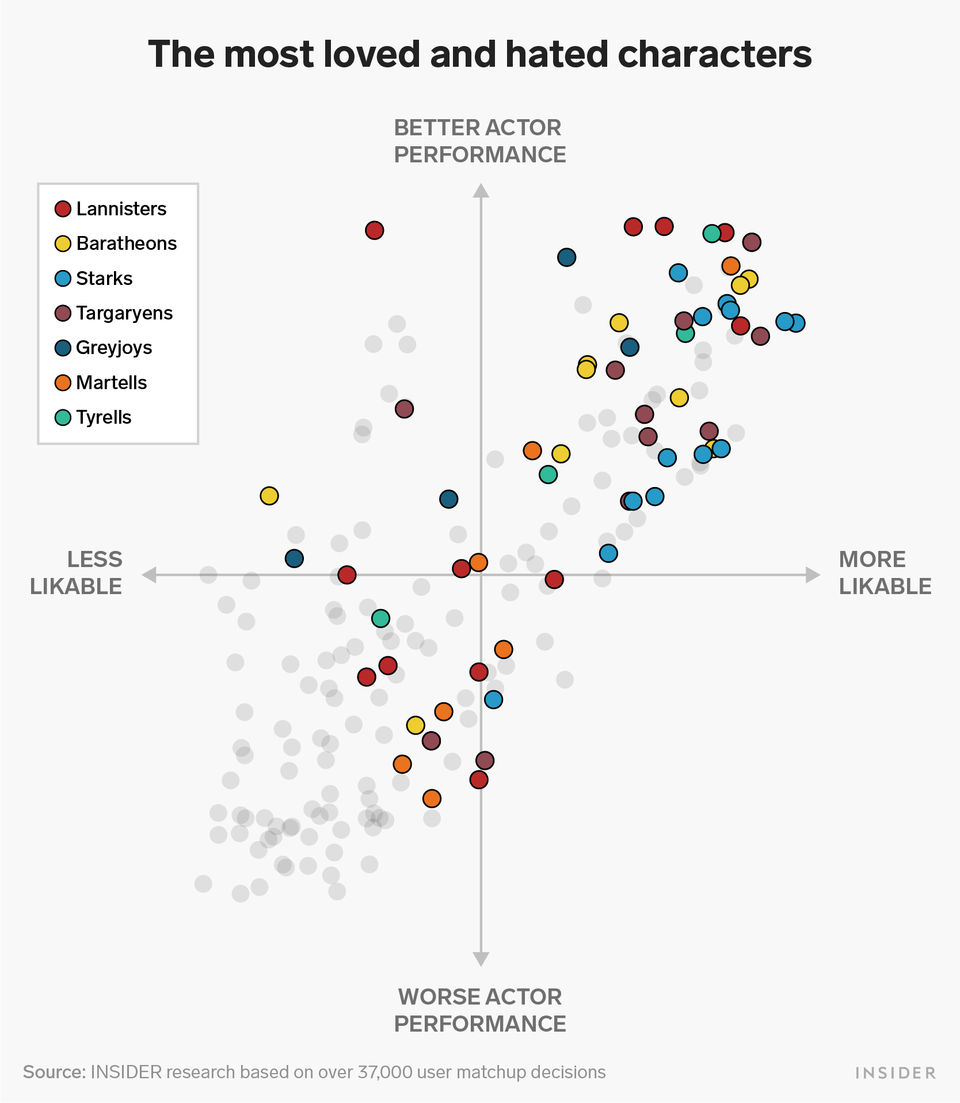 Insider asked thousands of "Game of Thrones" fans to vote for the best characters and performances on HBO's hit series using two simple matchup generators and asking readers on social media to weigh in on it. In one, people would see two characters randomly selected from a group of hundreds. And in the other one of two actors from the group of actors that appeared on three or more episodes.