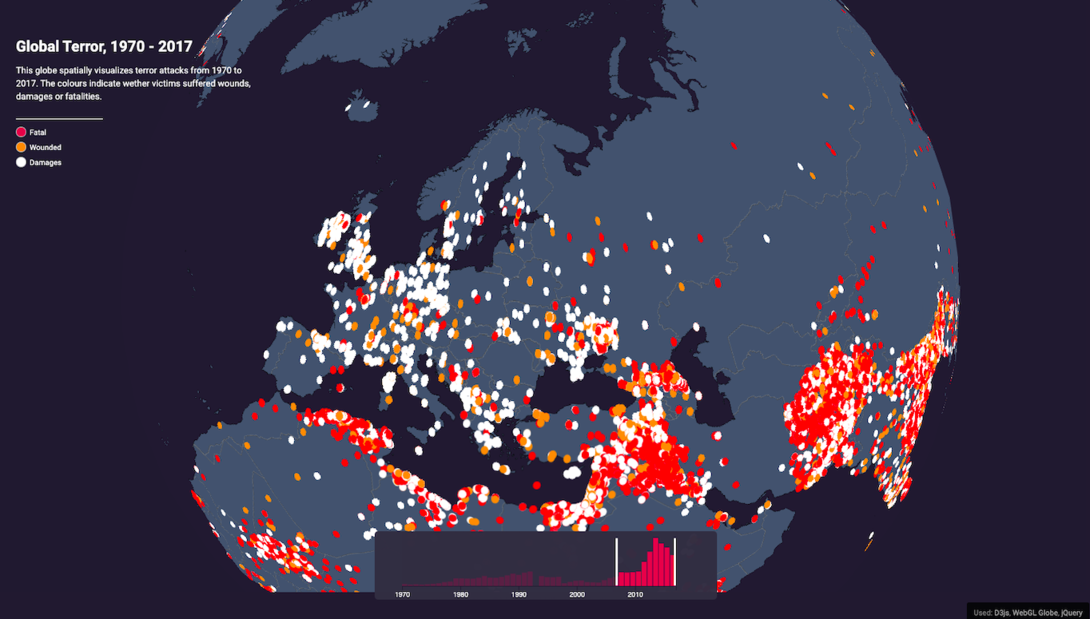 A History Of Terror

Terrorism has been a popular news item for over several decades. It’s a very complex issue, that originates from various extremists’ ideologies. But what the headlines don’t commonly say, is that attacks, fatalities and non-lethal terrorism victims, have actually been decreasing since 2014. What caused this? How big is the threat really, and are we still at risk today? We take a closer look at the 3 waves that stand out since the GTD started to record data in 1970, the groups that are responsible for most terrorist attacks and the deadliest attacks thus far.

With our globe tool, you can zoom in on terrorist attacks, filter attack types, discover the weapons that were used, see different timespans or even different terror groups, and explore the world of terrorism for yourself.