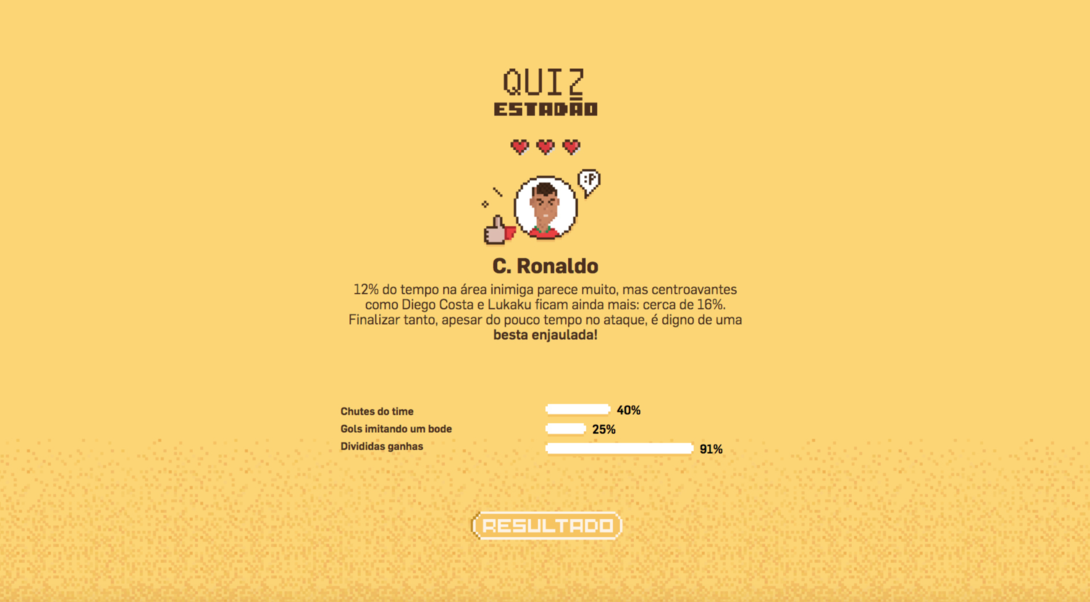 Can You Guess The Soccer Star Just By Looking At His Stats? by Estadão

This story was born from an aesthetics decision. After a night playing old soccer video-games, I thought it would be cool to make a story about the FIFA World Cup using design elements that resembled an arcade game. The idea developed into an actual minigame, in which the user was asked to guess which soccer star had each performance stats. After this playful interaction, the story proceeds to show some players that, although not particularly famous, were doing great in the competition according to performance metrics.