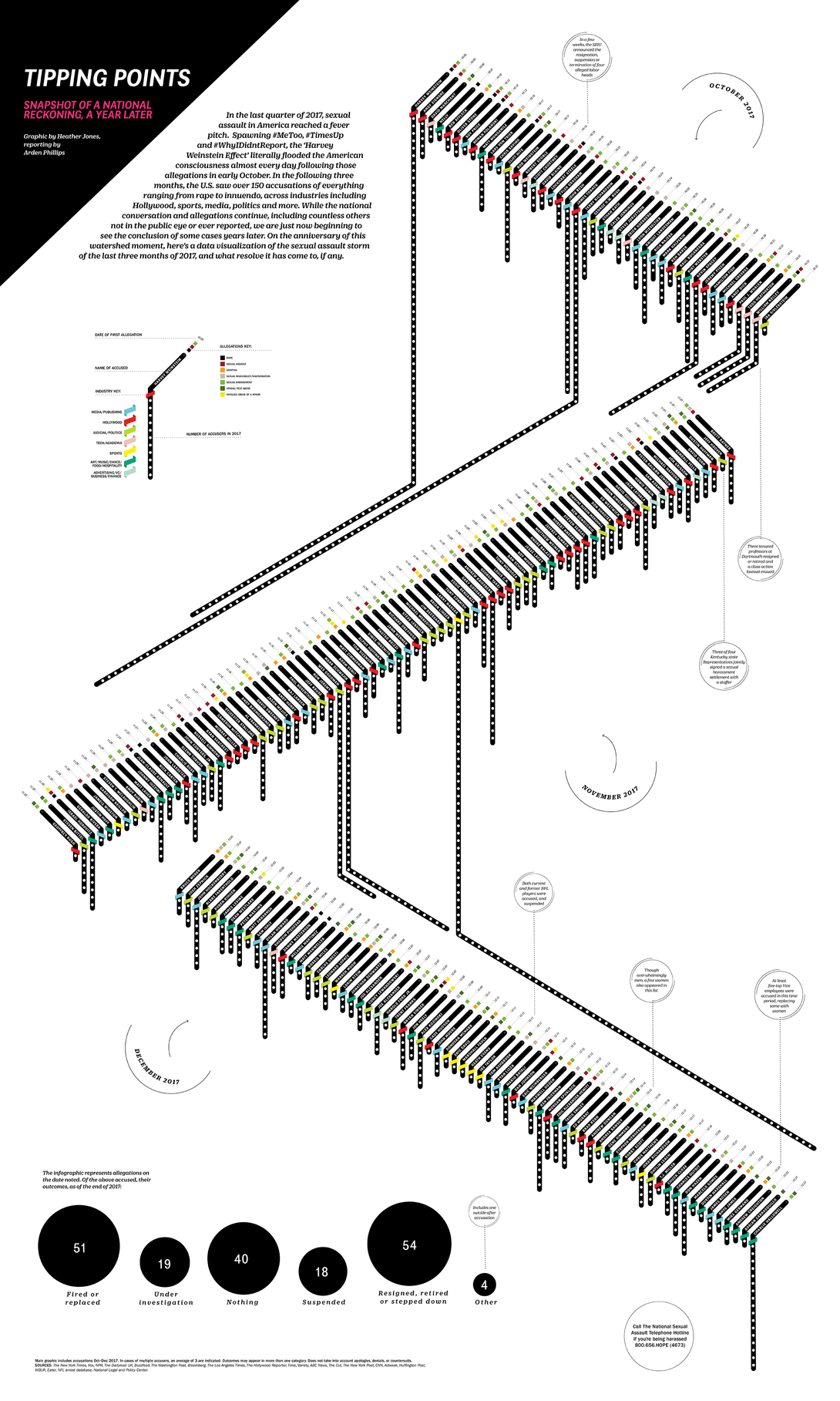 Sexual assault in America has existed for centuries, yet not at any one time has the concentration of them publicly surfaced as much as in the last quarter of 2017. Spawning #MeToo, #TimesUp and #WhyIDidntReport, the ‘Harvey Weinstein Effect’ literally flooded the American consciousness almost every day following those allegations in early October. In the following 3 months, the U.S. saw over 100 accusations of everything ranging from rape to innuendo, across industries including Hollywood, sports, media, politics and more. While the national conversation and allegations continue, including countless others not in the public eye or ever reported, we are just now beginning to see the conclusion of some cases years later. On the anniversary of this watershed moment, here’s a data visualization of the sexual assault storm of the last three months of 2017, and what resolve it has come to, if any.