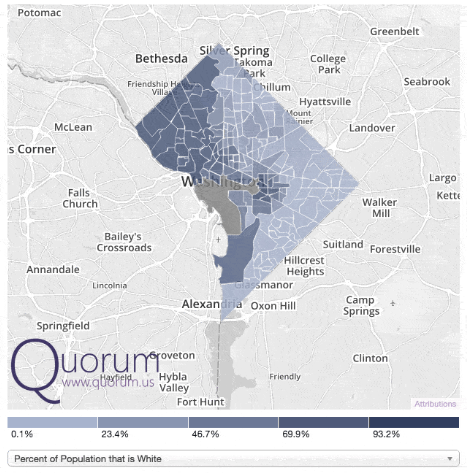 In an era of rapidly changing cities and demographics, The Post wanted to measure the changes in race and ethnicity since the 1990s. To explore these national changes, we analyzed census data from 1990, 2000, 2010 and the latest estimates from the 2016 five-year American Community Survey. We then measured the diversity of every county using a statistic called the multigroup entropy index and generated highly-detailed maps of race and segregation. We learned that while the country has seen a large increase in racial and ethnic diversity over the last 30 years, many communities still live in large isolation from each other. Using a sophisticated routine of scripts, we generated detailed maps of race in some of the largest U.S. cities. And with the help of Mapbox, we then generated an interactive map that let readers journey through any part of America and track the changes in diversity from 1990.