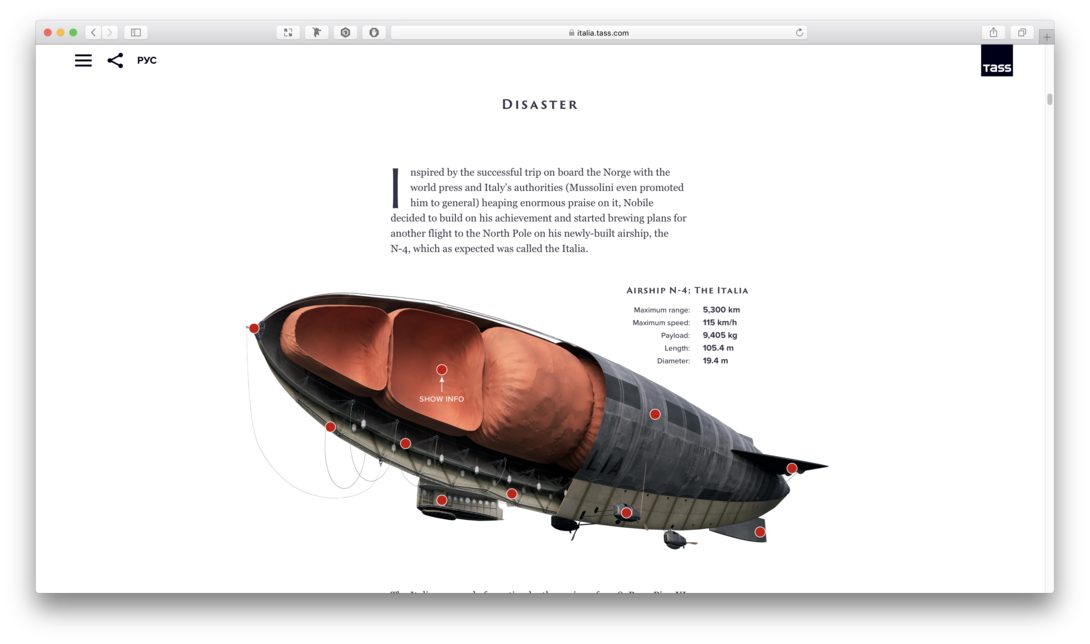 The multimedia long read ‘Italia. The Airship Crash Chronicle’ by Russian news agency TASS is dedicated to one of the most dramatic episodes in the history of Arctic exploration. It chronicles the infamous expedition of the airship Italia and its international rescue operation. The story also covers the role of the Soviet icebreaker — the Krasin — in this historic event. The project illustrates the airship in a cross section, with a 3D-animated scene of the crash. It also details the numerous rescue efforts and puts them all on one map. In addition, this story features the saga of the conflict between Norwegian explorer Roald Amundsen and Italian airship constructor Umberto Nobile.

The entrant has supplied multiple images, click here to view.