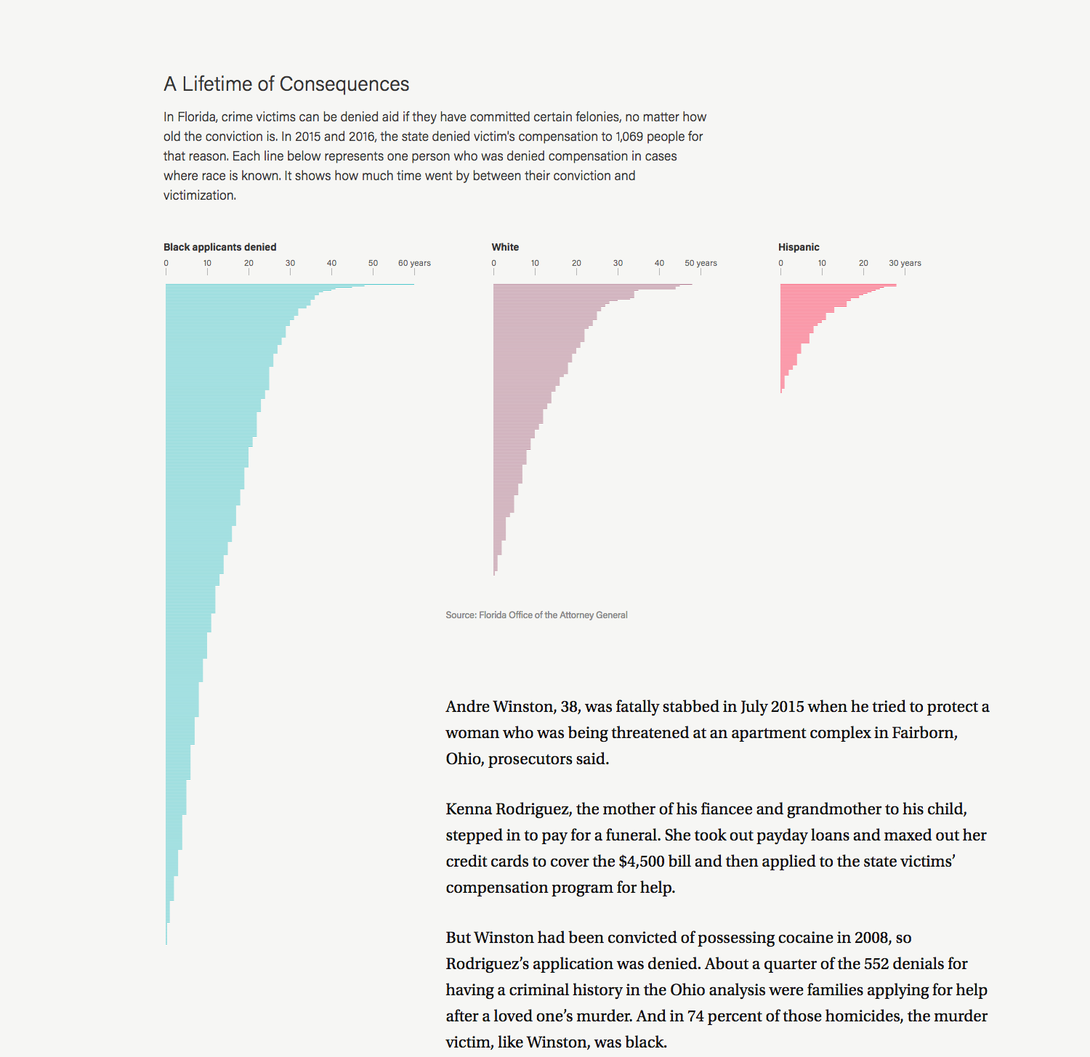 A major nationwide investigation that revealed how in seven states victims of crime who apply for victim’s compensation to help with funeral expenses, lost wages and hospital bills are rejected if they have a record. We dug into two of those states—Ohio and Florida—to show these rules have disproportionately hurt black crime victims. For example, in Florida black applicants making up 30% of the state’s applicant pool, and 61% of those denied.