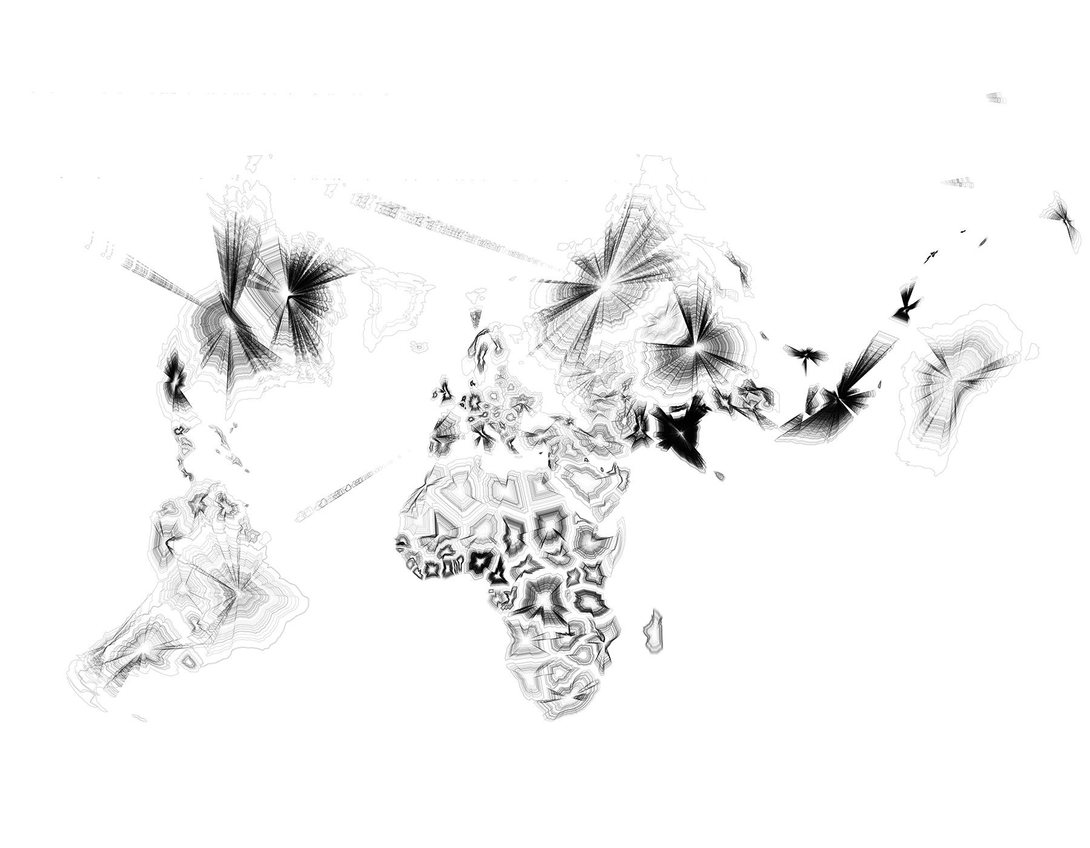 In the current uprising of right-wing politics, the discussions often focus on a view of the world in its present state rather than understanding it as a historical process. Migration, ethnical identity are culturally created processes, which go back thousands of years and should not only be looked at from today's standpoint. Once we move away from the question, who is migrating today to the question who migrated the most. The countries who try to stop migration today are the biggest migrators themselves. Looking at these patterns alone is not enough. We still separate the world into countries. Creating borders where there are none. Borders are not given but created. Over the last thousands of years, people have drawn them into a world without borders. In our interconnected world, we should think twice about continuing this effort.