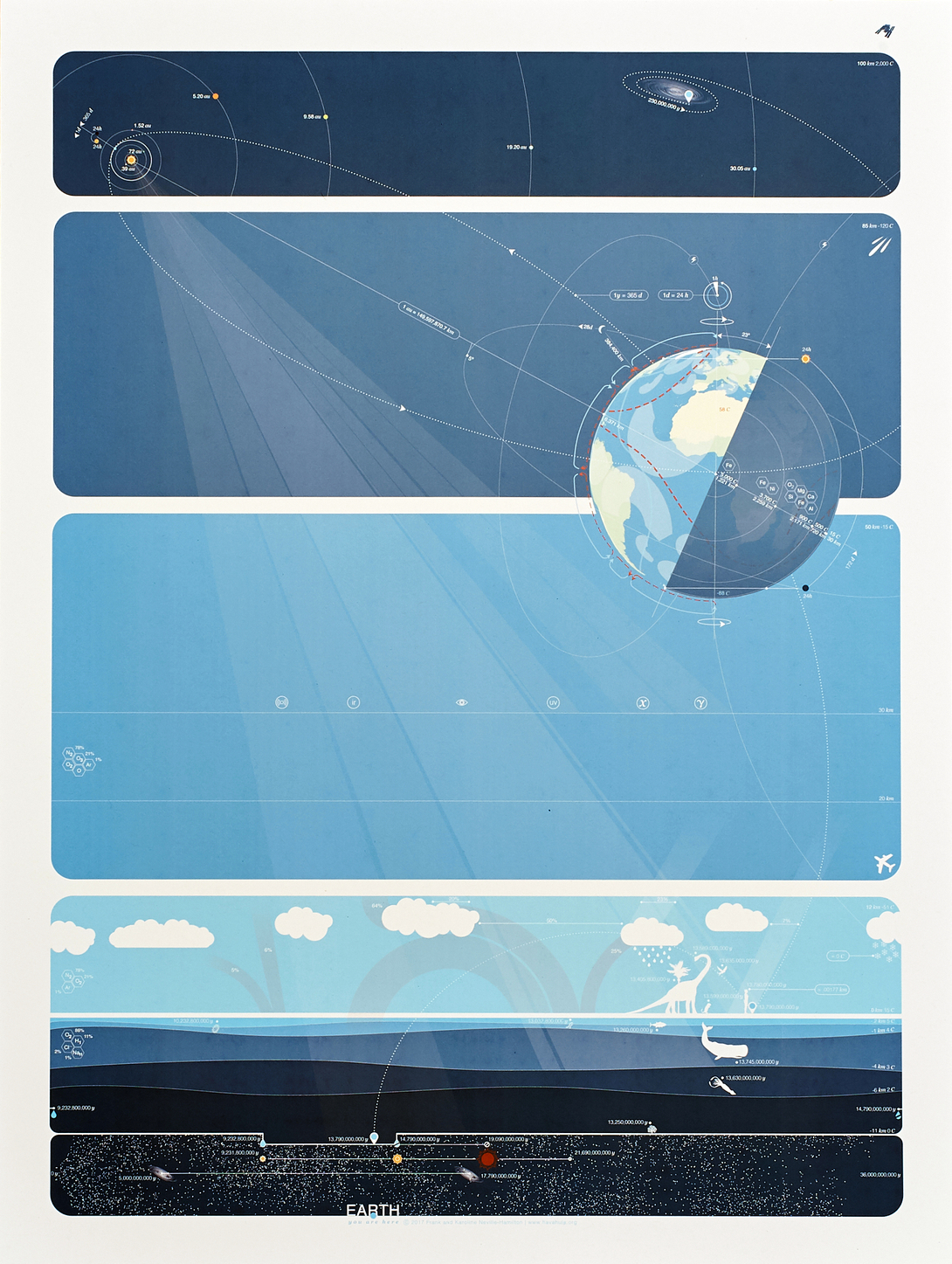 The Earth Poster by Frank Neville-Hamilton

This is a portrait of the Earth in time and space – designed to commemorate the 40th Anniversary of the Voyager missions which departed Earth in 1977 bearing a record of our existence etched into two golden discs.

Any life form discovering Voyager’s discs would likely know nothing of our written languages so the entire basis of communication had to be constructed from relative, visual diagrams. Inspired by these design constraints, The Earth Poster was designed to create a similar record for those of us on Earth.

By interweaving scale models and using only scientific notation, the poster builds a visual narrative of our past, present and future independent of a written dialect. Careful placement of related processes is designed to build meaningful context so that the poster can speak to everyone and, hopefully, bring a greater understanding to the phrase “you are here.”