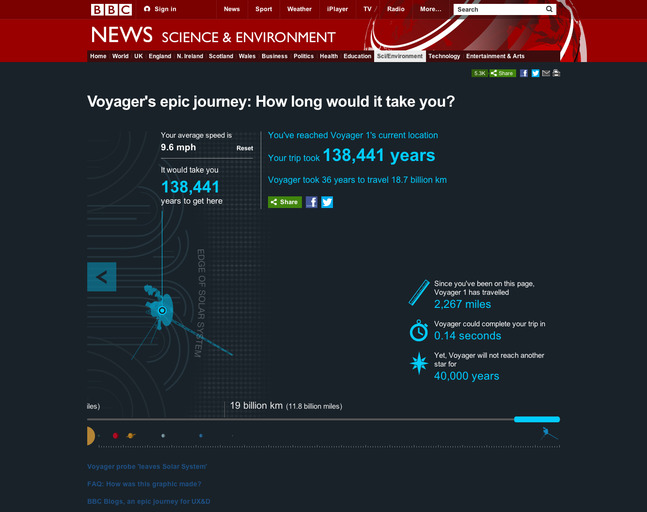 Nasa's Voyager 1 spacecraft was on target to become the first man-made object to leave the solar system. We wanted to take users on Voyager's journey past the planets. But we also wanted to give users some context for the vast distance that Voyager had travelled. So we designed an interactive feature that allowed the user to compare a journey they make with the distance the space probe has travelled. The feature was published on the news website and promoted on BBC TV bulletins.