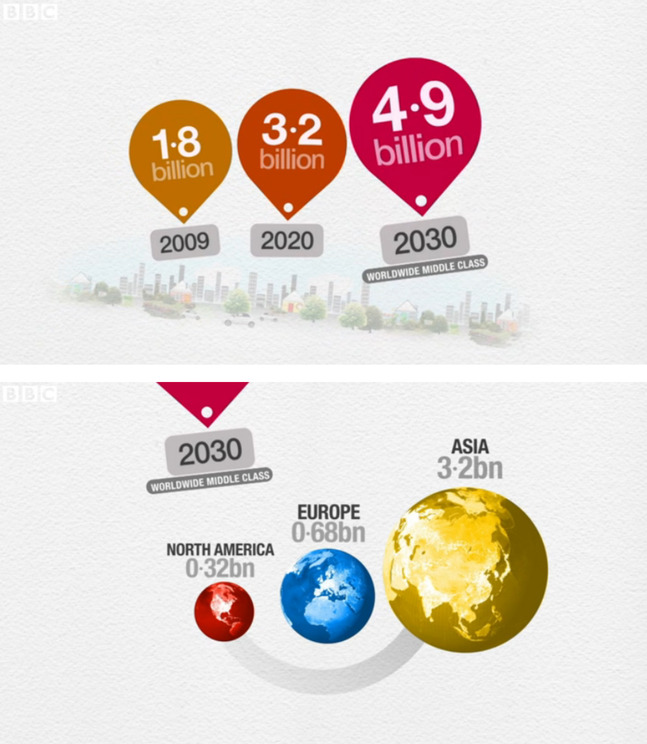 Hundreds of millions of people around the world are escaping poverty and becoming middle class. At the BBC News we wanted to introduce users to the growth of this new middle class in places like China, India and Latin America as part of a season of coverage on the issue. Charts and big numbers can be off-putting for the casual viewer so the challenge was to convey the story in an appealing and engaging way. TV designers worked with journalist Ian Rose to tell the story using motion graphics. The video feature was published on line and broadcast on BBC World.