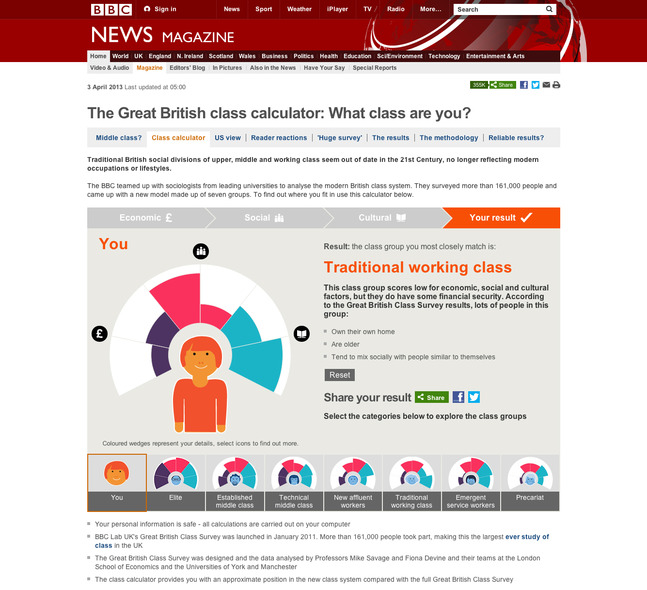 The Great British class calculator: What class are you? by BBC News Visual Journalism team

The British have always been obsessed with Class, and apparently we still are. The BBC's Great British Class Calculator has so far had more than 7 million page views.
The project began when the BBC teamed up with sociologists from leading universities to analyse the modern British class system. They surveyed more than 161,000 people and came up with a new model made up of seven groups. The obvious treatment for this story was to enable users to find out how they fitted in to this new class system.