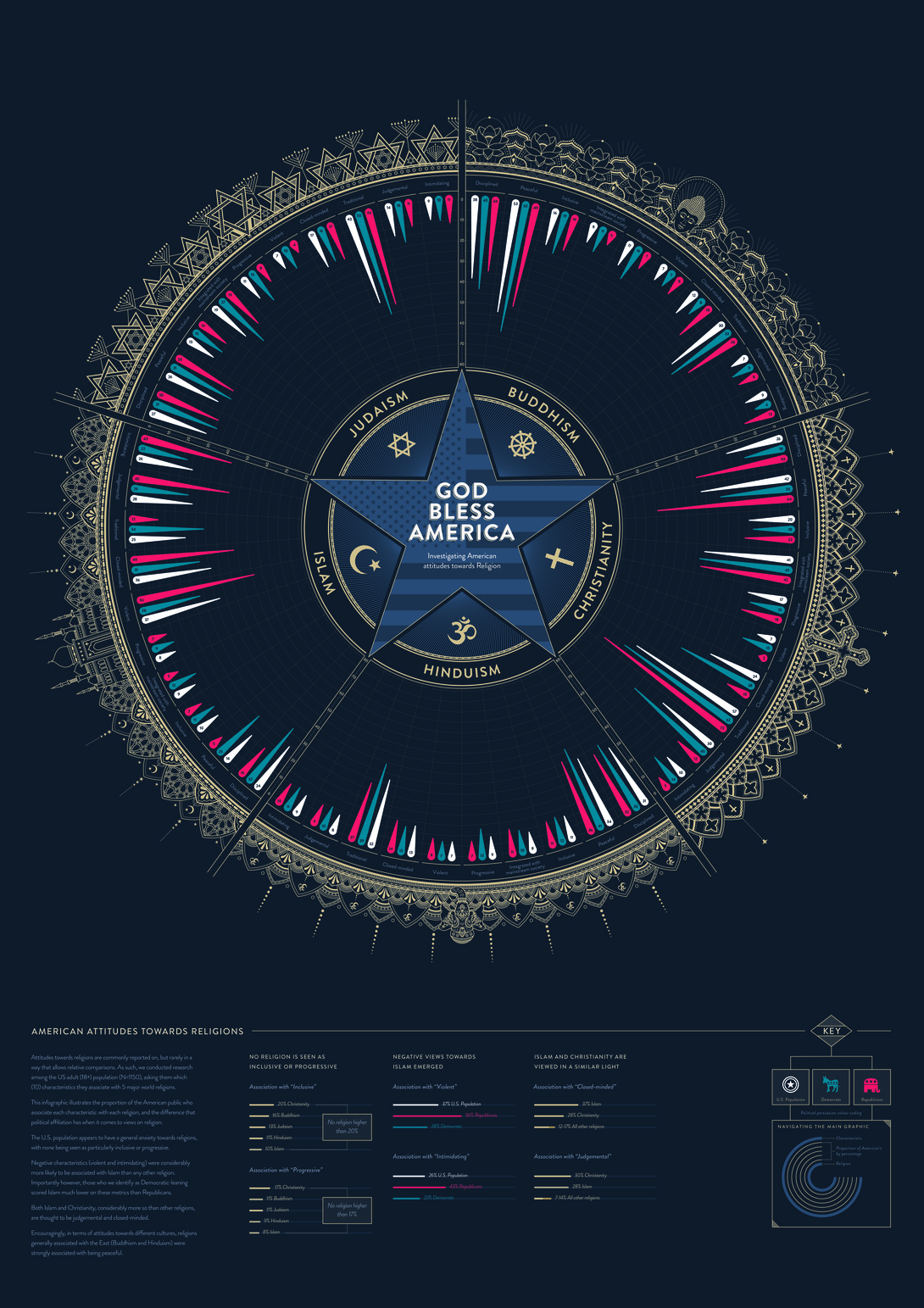 Attitudes towards religions are commonly reported on, but rarely in a way that allows relative comparisons. As such, we conducted research among the US adult (18+) population (N=1150), asking them which (10) characteristics they associate with 5 major world religions.

This infographic illustrates the proportion of the American public who associate each characteristic with each religion and the difference that political affiliation has when it comes to views on religion.