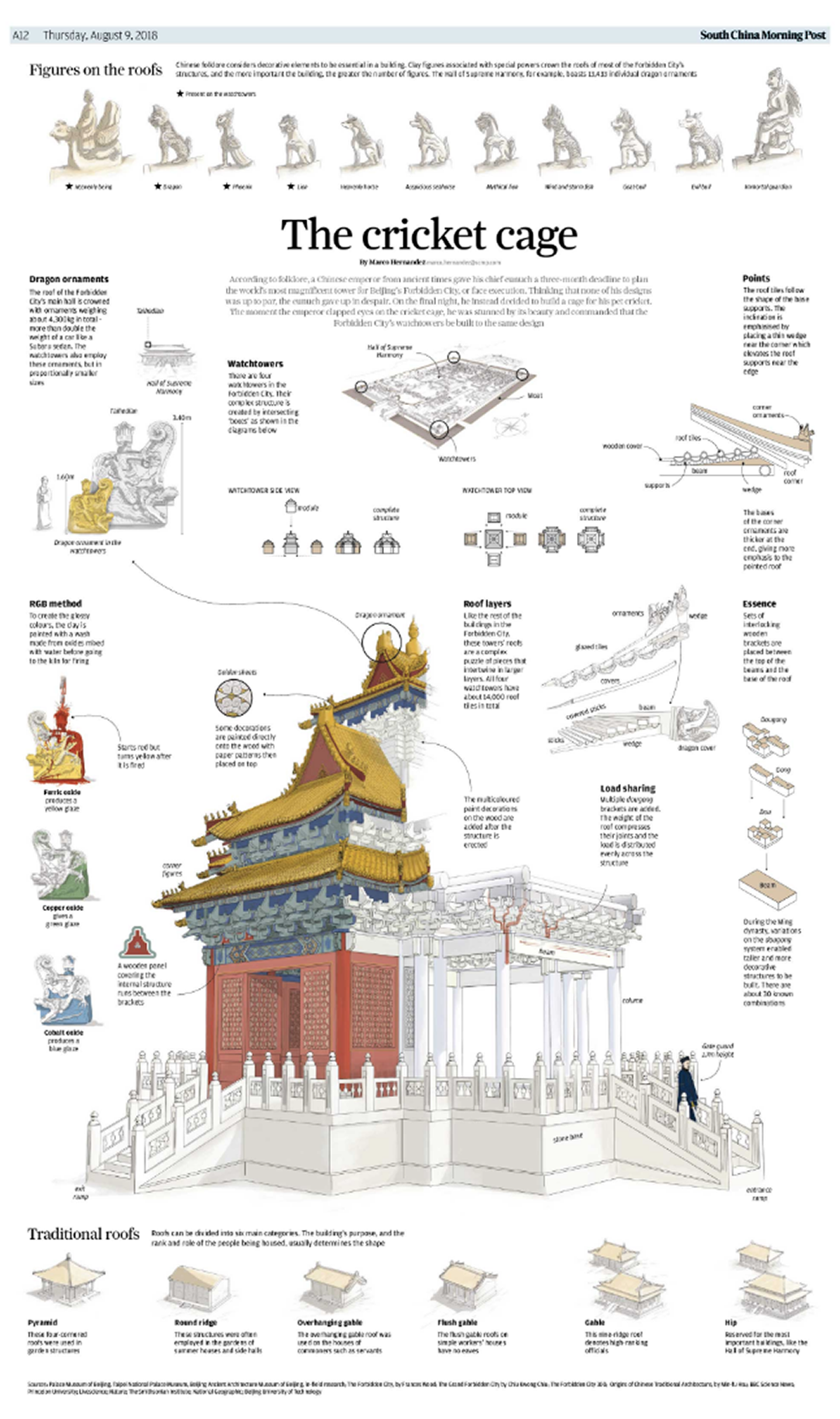 China’s Forbidden City in Beijing, remodelled today as the Palace Museum, is a mystical place full of wonderful stories. This full-page infographic uses data to visualise one such tale.
According to folklore, a Chinese emperor from ancient times gave his chief eunuch a three-month deadline to plan the world’s most magnificent tower, or face execution. Thinking none of his plans are up to par he gives up in despair and on his final night decides to build a cage for his beloved pet cricket instead. When the emperor claps eyes on the cricket cage he is overwhelmed by its aesthetic beauty and immediately orders the Forbidden City’s watchtowers be built according to the same design.
Marco Hernadez’s graphic visualisation for the South China Morning Post dissects one of the four Forbidden City watchtowers to showcase the sophisticated architectural practises of ancient times. Hernandez shows how buildings were constructed without the use of nails or glue to withstand earthquakes and last hundreds of years. Multiple ‘dougong’ brackets, for instance, are added to the tops of columns where the weight of the roof compresses the joints and distributes the weight evenly throughout the structure.
Hernandez shows how roofs can be divided into six main categories with shape usually determined by the building’s purpose, as well as the rank and role of the people housed there.
Symbolism is given great importance throughout Chinese culture. Mythical creatures such as phoenixes and dragons are related to power, prosperity or royalty and are used to dd prestige to the Forbidden City. The Hall of Supreme Harmony, for example, boasts 13,433 individual dragons ornaments. These sculpted figures were distinctively coloured by glazes employing a chemical process to make the sculptures more durable.