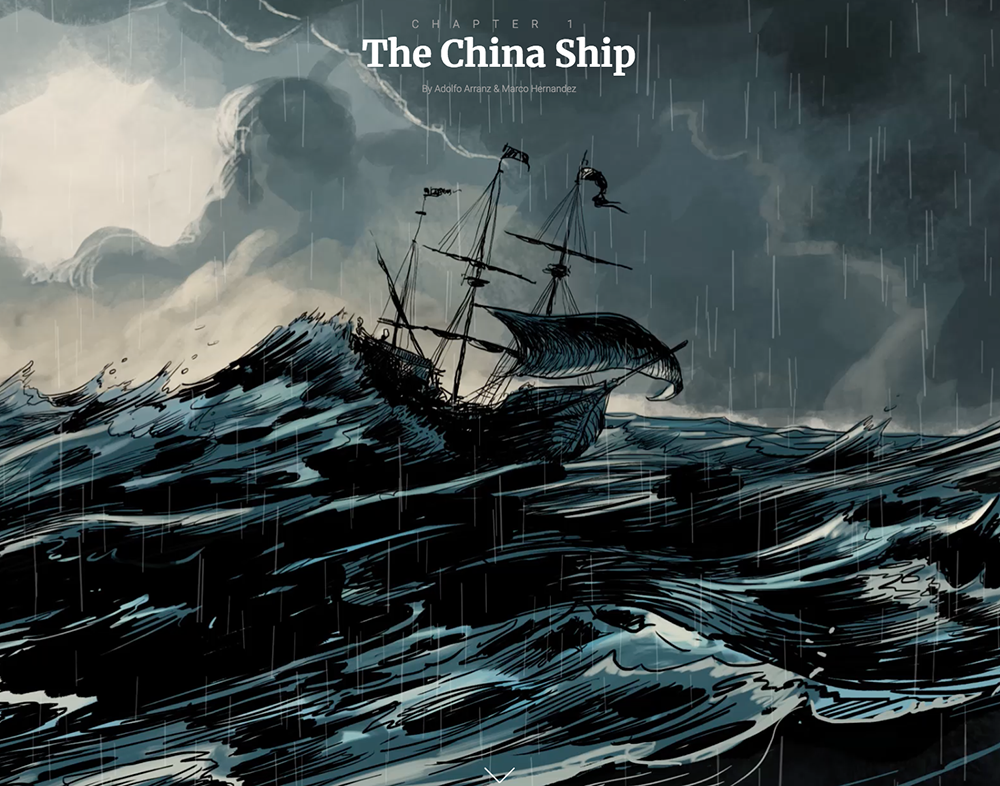 Deputy Head of Infographics for the South China Morning Post, Adolfo Arranz, uses historical data for his series of infographics about globalisation’s beginnings in the 16th century, when the Spanish silver dollar went transcontinental.
Arranz tells the visual story of how the acceptance of silver as a common currency arose when Spanish navigators in the Philippines established a circular shipping route, known as the tornaviaje, between Asia and the Americas. More than 250 years of uninterrupted trade ensued between Asia and the rest of the world. The ships playing this route were known as China Ships.
Chapter one, ‘the discovery of the roundtrip and the beginning of globalisation’ explores the origin of the route the Spanish established to the Philippine islands which opened trade with China.
The routes and navigation charts pepper this chapter illustrating the first expedition to circumnavigate the world and the discovery of the Kuroshio current which led to the return voyage to the Americas and consequently the establishment of a global trade route.